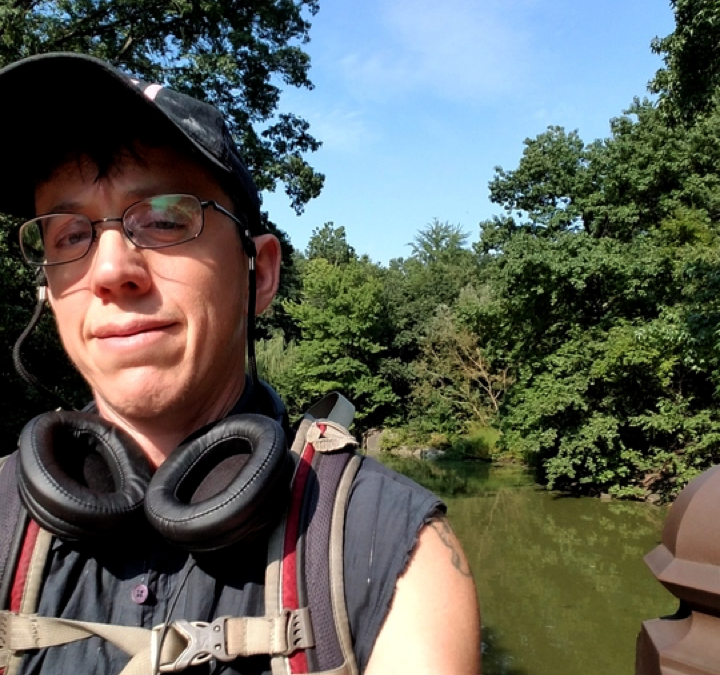 A version of this article was syndicated to the “Positive Thoughts” column, a project of Plus, Positively Aware, POZ, TheBody.com and Q Syndicate, the LGBT wire service.

I’m not stopping pre-exposure prophylaxis (PrEP) because my skin turned blue. That was an embarrassing mistake I made in the first few days of trying it. Don’t tell anyone, though, or they’ll find out that I’m the kind of guy who buys a black flannel shirt and wears it for a few days without washing it, not realizing it’s going to seep dye onto exposed areas, causing me to make panicky calls to bemused, sympathetic friends and globally noted HIV researchers alike.

And it’s not because I got an itchy-burny rash on my neck and face after my very first pill. I get a lot of side effects and know they are usually transient. But, just to be sure, I waited until I could see an allergist. He agreed that it was not a dangerous reaction, so with my primary care provider’s blessing, I took a half pill daily, along with an over-the-counter allergy med, for 10 days before retrying the whole pill.

And, it’s certainly not because any information has come out in last year and half that I’ve been on it that has me questioning its efficacy. To the contrary, around the world, there’s been only three outlier cases of people acquiring HIV despite daily PrEP use: two people who encountered relatively rare resistant strains, and one person who had a rather high number of partners and an unusual configuration of HIV antibodies when he tested positive — and all are doing really well on treatment, at last report.

I’ve been following PrEP research for, wow, decades now, back when a potential compound for protective activity was still being studied in animals while researchers speculated that the protective effects of treating pregnant people with HIV to lower transmission rates to babies could maybe work for sex as well.

I cried when the results came out from that study of birth parents and babies in 1993, and I cried again when I heard the trial results in 2010 confirming that PrEP was a home run. But I didn’t consider myself a PrEP candidate until a few years ago, when a partner was taking the next steps in his own gender transition and feeling more confident in making moves on cis men.

As I stepped into the role of authoritative HIV geek explaining how PrEP might help him feel more comfortable as a bottom, I found myself thinking, “Well, damn, that does sound pretty good,” and realized I wanted in on it myself. So, I did, and I became one of growing numbers of people who have found PrEP to be good for more than just HIV prevention, as it helped me grow into my understanding and embodiment of my gender, my desire and my identity.

But, in my current configuration of relationships and adventure (including reborn appreciation for “female” condoms and deep delight that HIV undetectable equals untransmittable [U=U]), I’m not putting PrEP to much use these days.

Bob Grant, M.D., M.P.H., who knows as much about PrEP as anyone (in addition to being a hell of a nice guy who was, um, kind to me when I called him when I turned blue), likes to talk about PrEP as a tool for those of us in “seasons of risk”:

Taking antiretrovirals for PrEP is different from taking them for HIV treatment, in significant ways. Treatment for HIV is something people need to start early and stick with long term. PrEP is different. People go through “seasons of risk,” periods of their lives when they are at risk for acquiring HIV, and PrEP is appropriate for those times. In periods when they have negotiated safety with a partner or they’re just not having much sex, they may find they don’t need PrEP. It’s actually appropriate that some people stop PrEP, because they’re in a different phase of their life and they no longer need it.

I’ve found myself taking PrEP for weeks or months without having any real risk of HIV, so clearly it seemed my seasons have changed. I take lots of meds and supplements for three autoimmune diseases and related chronic pain and fatigue — so, I’m good with having one less pill and two less drugs in the mix.

Plus, it now looks as if it will be easier than previously thought for me to get up to protective levels if I want to get back on. Here’s the deal:

But, I’m trans, and for me (though not for all transmasculine people, of course) that means I’ve got another active area that needs coverage.

As Roger Pebody reports, “the U.S. Centers for Disease Control and Prevention (CDC) continues to say that people need 20 days of daily TDF/FTC [Truvada] before they can consider themselves protected from vaginal HIV exposure — but the World Health Organization (WHO) has stated that just seven days of the drug is enough.”

I’m going with WHO for this one, at least for me. It feels like a feasible strategy for me to jump back on PrEP a week before a trip or another anticipated opportunity for good times.

All along, I’ve been at relatively low risk for HIV infection. But, as someone who has been in the thick of HIV stuff for most of my life, it felt incredible — and in some ways necessary — to be at virtually zero HIV risk to fully open up to my desires and live into this phase of my life.

There’s a lot out there right now to help people get onto PrEP in the United States, no matter what the reason for their season. There are tools for providers and patients and growing options such as telemedicine or online ordering for those in remote locales or challenging circumstances.

If you think you don’t have HIV and you think you might want to give PrEP a whirl, go for it. But, if you find yourself turning blue, head to the laundromat first.

Project Inform’s Is Taking PrEP Right for You