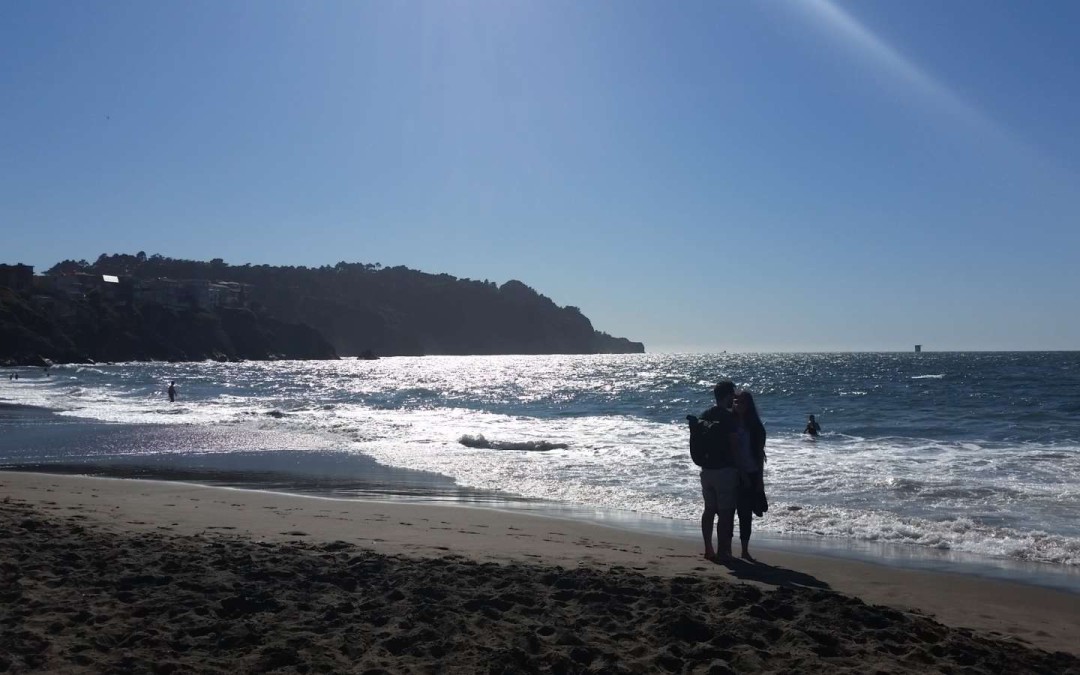 I met my future husband, Vonz B. when I was living in an SRO (Single Room Occupancy) hotel on Market Street in San Francisco. At the time, I was dating Vonz B?s best friend, DeShawn, who was abusive to me. I?d been using meth since I was 14, but I was a ?functional? addict. I?d been living on my own and working in customer service since I left home at 17 until right before my 21st birthday. That was about a month prior to meeting Vonz, when I lost my job.

DeShawn was a pimp, and I ended up running away from him because I refused to be a sex worker. I had told him, ?I would rather die than ho for you,? and he replied, ?DIE then bitch!? He kept breaking into my room and beating me up, so I became homeless to avoid being with him. After I became homeless, Someone stole my dog, who was like my baby. Once DeShawn went to jail for selling meth, I went back to living at the SRO.

While living in the SRO, Vonz would come by to visit me, and make sure I was OK and that, ?DeShawn would have somewhere to come home to when he got out.? We would sit in the dark and smoke meth and talk about ?doing regular shit,? like camping. Vonz had just left his girlfriend at the time, she cheated on him a lot and he was sick of it.

He started coming over more often, to do stuff like take a bath or go to sleep. Usually he would sleep in the chair, but then he started sleeping in my bed with me. One thing led to another and soon we were fooling around.

By the time we were fooling around, I?d met some of his other friends and they made it a point to tell me, ?That n***a got AIDS.? I wasn?t too worried about it as I had a lot of gay friends who were living with HIV, so I knew that it wasn?t a death sentence. The friends told me that his ex-girlfriend had passed the virus to him. One day he invited me over to his SRO, and on the door was a sign that said, ?HOPWA: Housing Opportunities for People With AIDS,? so I knew it was true (that he had HIV). We still hadn?t had sex yet.

A couple of months later, DeShawn got out of jail, and came to my room. I was scared, but he was acting nice. I knew the niceness wouldn?t last long, so I left to go stay with Vonz. DeShawn started hunting for me all over the Tenderloin and he would beat me up and rob me whenever he caught me, unless Vonz was there. Obviously, their friendship was under strain. DeShawn said he was in love with me, but that he would ?sell? me to Vonz. Vonz and I gave DeShawn $300 to leave me alone.

Meanwhile, I hadn?t been able to pay my rent, and got evicted. I became homeless, not ?sleeping outside homeless,? but couch-surfing, fraudulent hotel renting, burglarizing kind of homeless. I did credit card fraud, shoplifted, and broke into apartment buildings and cars. I became very good at stealing bikes. I started making a lot of money that way, thousands of dollars in fact, but I would spend a lot of it on drugs.

Vonz?s ex-girlfriend, Angela, was angry, she wanted him back. Angela started stalking Vonz & I. I ended up having to fight her. Vonz went back and forth between us a few times, when he was with her I would wander around looking for him. I was super duper, head-over-heels, literally weak-at-the-knees in love with him. He didn?t want to pass HIV to me, and they had a long history together. That was the excuse he gave me when he would come back from being with Angela.

I encouraged him to get on HIV treatment, as he was not in care. I went with him to his doctors appointments. I?d read the Swiss Statement, and knew that him being on treatment would drastically reduce the risk of HIV transmission to me. We rarely used condoms, and he pulled out every time (which is not safe or recommended. We were lucky). After he got on treatment and became undetectable, he stopped pulling out.

The first time I got pregnant, I thought I?d acquired HIV somehow. I felt really sick. I made him come with me to City Clinic and got tested for everything. They told me that I didn?t have any STIs, but I was pregnant. I got sober that day, but I miscarried about a month later. Vonz cheated on me with Angela again, and I left him. I?d had enough.

I started renting another tweaker?s (meth addict?s) garage in Bernal Heights. Vonz called me all the time, he was looking for me everywhere, but I stopped going to all the areas we used to be in together, unless I was rolling through fast on a stolen bike. It was really hard for me to be away from him, so I started smoking a quarter ounce of meth [?most people? smoke a gram a day, a quarter ounce has seven grams in it] a day to deal with the loneliness. My days were filled with bike rides, fraud and smoking meth. All I did was ride bikes, do fraud, and smoke meth. I was making $2-5,000/week selling stolen property. I would get a rush every time I popped a door open, cut through a bike lock, and escaped into the night. I would ride around on my bike, looking for open garages, visible stuff to steal, and easy to pop open doors. I?d record the addresses to come back to at night. I?d also find a lot of stuff by going into buildings to get high. I started getting bolder and bolder. I started carrying a stun gun with me in case someone found me absconding with their property, and I still thank God that I never used it on anyone. I cared less and less about anything except meth and money. A guy shorted me on money for a stolen bike, and I lured him to my garage and robbed him. It was a rainy night. I made him give me his phone, his bike, his money, his drugs, his laptop, and his shoes. He had to walk back to where he came from in the rain in his socks.

One day, I found out that my ex from high school had died from a heart condition. The next day I got a voicemail from Vonz who was in the hospital with an abscess on his face. I freaked out, worried that Vonz would die, too. I called him back and he was already out of the hospital, but we arranged to meet up in 30 minutes. I rode my bike full tilt from Bernal Heights to Brainwash in SOMA. I broke into a building and we had sex at the top of the stairs. I went back to my garage and called my fence (someone who buys stolen property). I sold him all the stuff I had in the garage, and went and got a room at a hotel in the Mission with Vonz.

I still didn?t trust him, but it felt good to be back together. He acted totally different, he was extremely nice all the time, and never went out of the room without me. He was scared that I would leave again. I kept doing my rounds of the city on my bike, stealing bikes and computers. I had a storage unit full of stolen stuff. I had a warrant out for my arrest, and all I wanted to do was get money, get high, and be with Vonz.

We had to move hotels because with SRO?s, you can only stay for four weeks unless you apply for a lease, so we changed areas and moved to Nob Hill. I started feeling sick, and I recognized the signs. I was pregnant again. I was really angry, I didn?t want to stop what I was doing, and Vonz and I had only been back together for about a month and a half. I didn?t want to have an abortion, though, so I got sober. I also stopped stealing. We lived off the stuff I had in my storage.

I started going to prenatal appointments at San Francisco General Hospital, where they referred me to BAPAC (now HIVE). Vonz and I started getting our medical care together. We had an amazing social worker, Becca Schwartz. She helped us to look for drug treatment centers. I was offered PrEP (Pre-Exposure Prophylaxis, a once a day pill to prevent HIV transmission), but I declined, because Vonz still had an undetectable viral load, and my risk of acquiring HIV was next to zero. Vonz got his viral load checked every month, and I got tested for HIV every month during my pregnancy.

I made an arrangement with my probation officer that if I went to a drug program, she wouldn?t send me to jail. I got on the waiting list to go to Epiphany Center, where I did six months, got a sponsor at Narcotics Anonymous, and worked my steps. Vonz went to Ferguson Place. We stopped talking to our old friends, and worked hard at our recovery. We went to Clara House, a transitional housing program, after our daughter, DeAnne, was born. A month after we moved in, we got word that we could move into a low income apartment in a great area. So we moved.

Now, we?ve been sober for three and a half years, Vonz still has an undetectable viral load, and DeAnne and I are still HIV negative. We take care of ourselves, seek help when we need it, and stay in care. I go to an awesome, LGBT friendly, Episcopal church. We don?t hang out with any of the same people, except a few who have also been sober for a while. Angela passed away last year from AIDS-related complications. She and I made our peace before she died. Vonz and I are both off probation, and our records are sealed. Vonz is working, he really likes his job. I?m working, too, and I?m in school full time. I?m studying to be a social worker. DeAnne goes to a bilingual Montessori preschool. Vonz and I still have condomless sex, but I?ve been on birth control since I had DeAnne. We still live in the Bay Area. 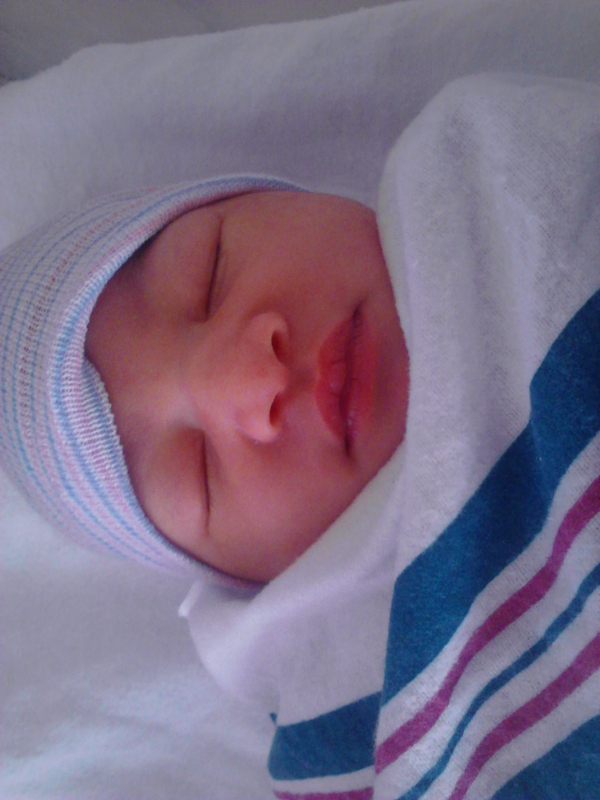 Weezy lives with Vonz, DeAnne, and their dog in the East Bay.