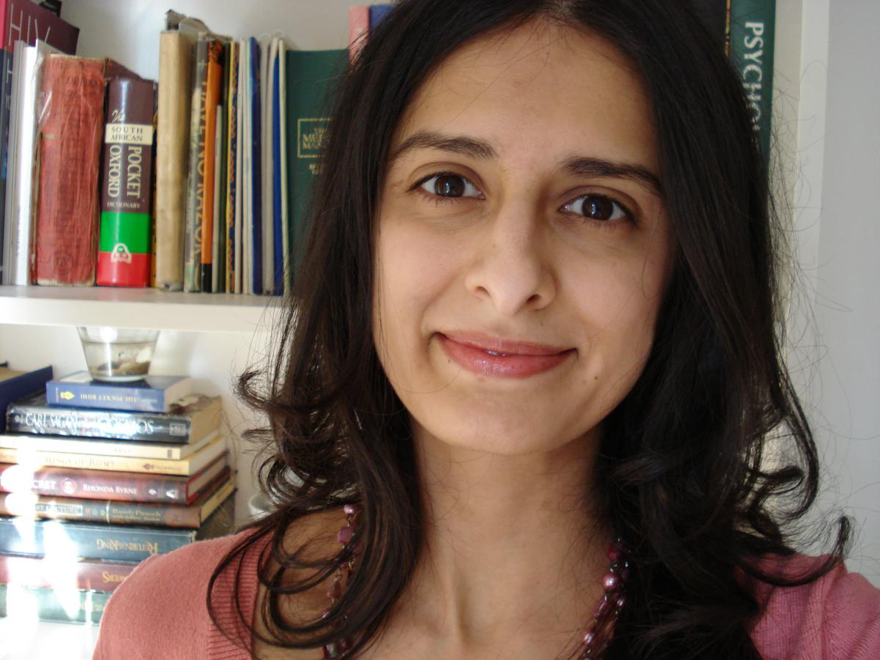 I had landed in Johannesburg after 10 long hours on an airplane.? There had been just enough time to make it to the guest house, freshen up, get my family situated and hop in a taxi to head to Soweto. Soweto is one of the largest townships in South Africa, home to more than a third of Johannesburg?s population.? This visit was to the Chris Hani Baragwanath Hospital ? the third largest hospital in the world. It is a teaching hospital tied to the University of Witwatersrand and houses the Perinatal HIV Research Unit (PHRU).? PHRU carries out treatment and prevention research among youth and adult populations.

I stood on the 13th floor balcony taking in the view when Dr. Fatima Laher walked up to me.? She is a slight woman with the most humble demeanor.? We began talking about the rows of public houses that lined the plot of land directly behind the hospital.? To the left of the rows of houses was a shanty town.? As the public houses get constructed and families are moved to the brick homes, new families migrating from rural areas take their place in the shanty. Such is the poverty that is widespread in South Africa today. 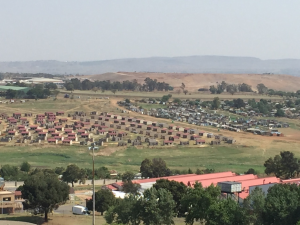 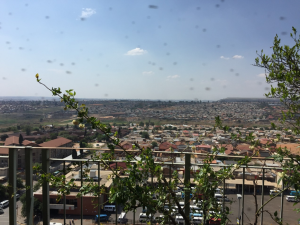 Rows of public housing alongside a shantytown.???? The view of Soweto from the balcony at Chris Hani Baragwanath.

She invited me back inside and we began to talk about her work.? She began her career in HIV as a clinician, watching the epidemic unfold before her eyes ? at a time when AntiRetroviral Therapy (ART) wasn?t as available as it is today.? It inspired her to work towards a lasting solution to the HIV crisis.? ?According to the global HIV/AIDS information organization AVERT, in South Africa, ?Rates of new infections among young women aged 15-24 were more than four times greater than that of men in the same age range.? Prevention of HIV acquisition would be tantamount to widespread access to ART.

Herein began her quest for a vaccine.? She is currently knee-deep in the HIV vaccine trial HVTN 100 which is a ?phase 1-2 randomized, double-blind, placebo-controlled clinical trial of clade C ALVAC-HIV (vCP2438) and Bivalent Subtype C gp120/MF59? in HIV-uninfected adults at low risk of HIV infection.?

Here?s what that means: ?HIV negative adults who are at low risk of contracting HIV are recruited and randomly assigned to two different groups ? one receiving the product being evaluated (in this case the vaccine product).? Not even the researchers are aware of the participant?s assignment.? Clade C is a subtype of HIV-1 virus which is responsible for more than 50% of HIV acquisitions worldwide, especially in southern Africa and India, yet has not been studied very much.? Since this is phase 1 and 2 of the trial, researchers are most interested in issues of safety.? They are attempting to answer the questions:

1) Are the study vaccines safe to give to people?

2) Are people able to take the study vaccines without becoming too uncomfortable?

3) How do people’s immune systems respond to the study vaccines?

The truth is, that afternoon, I came away feeling somewhat small, like I had spent time with a giant.? Fatima, whose list of publications is seemingly a mile long, talked with me about everything from her love for Johannesburg to her feelings about what it?ll take to turn the HIV epidemic in South Africa.? But mostly, she struck me as a gentle, compassionate and empathetic problem solver.? The stuff peacemakers are made of.