It was my great honor on February 22, 2015, to be in Seattle presenting HIVE for the first time to the world. I was at the U.S. Women and PrEP Working Group Face-to-Face Meeting, which was run by Dazon Dixon Diallo and Laurel Mustafa of Sister Love, and Anna Forbes, a consultant at Work to Save Women’s Lives.

It was such a great experience for me, being there with all those amazing women. We were there from 8:30am to 5pm, but the day flew by. I was nervous when I first arrived, but quickly realized I was among friends that I hadn’t met yet.

We learned what local health departments can do to expand PrEP access and heard from programs around the country what they are doing to implement PrEP in their communities & clinics. This article gives the full details of the day.

A major theme for the day was the demand for more services and information for women of color and transgender women. I was very pleased to be able to present on our #WeAreAllWomen program, an advocacy movement for all women, TLBAS (Trans, Lesbian, Bisexual, Asexual, and Straight), that is a collaboration between HIVE & the Center of Excellence for Transgender Health.

I gave an overview of what HIVE is now, since it has evolved from BAPAC (Bay Area Perinatal AIDS Center), told my story of how I got involved (I’m in a serodifferent marriage and have an HIV negative baby), and made a push for the rights of all women (TLBAS) to be able to be on PrEP if they want to be. After I finished speaking, everyone cheered. It was such an amazing feeling.

In the afternoon, we broke off into groups to discuss messaging, being allies, research, and implementation. Everyone was very enthusiastic about their work, the room was full of so much light. The day felt very powerful. 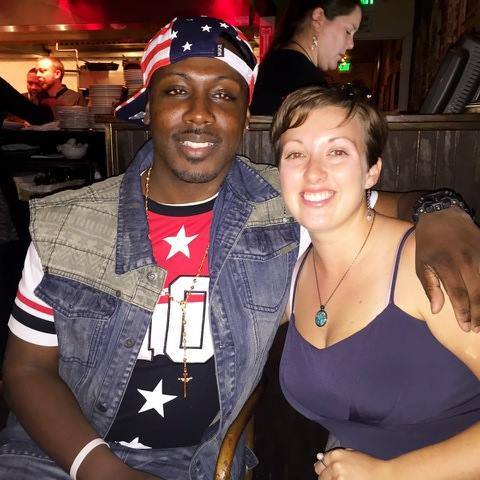 Caroline Watson is the Social Justice & Reproductive Health Intern at Hive, & the founder of #WeAreAllWomen. She is in a serodifferent marriage & has an HIV-negative baby girl.