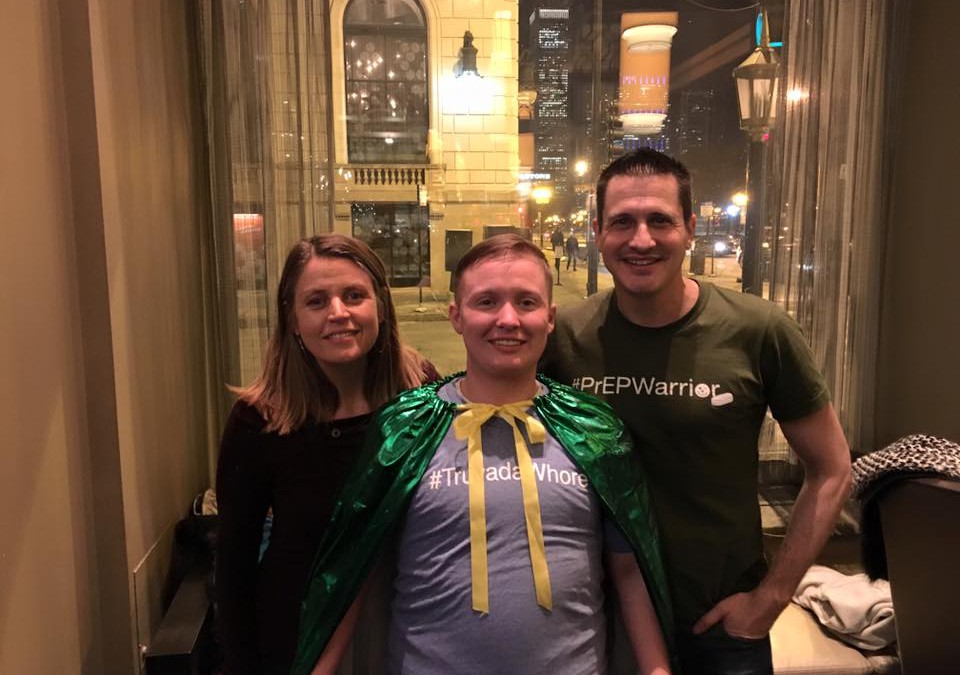 Brandyn Gallagher, Executive Director of Outshine NW, sits down with HIVE’s Shannon Weber to discuss the creation of his Facebook group: Trans MSM: Rethinking Sexuality and Health, which “extends beyond PrEP to talk about complete sexuality, and wholeness, and health, and how do we protect ourselves in empowering ways that aren’t stigmatizing and are respectful of other people…”

On how the group came to be, Brandyn talks about his journey of discovery,

“I had taken for granted that I had been prescribed PrEP, and the doctor gave me my instructions for PrEP based on studies of MSM, and I thought that I had been included in those studies. And then I found out last February, that trans men have actually been excluded from every clinical efficacy trial to date… I suddenly had this very intense mistrust of the research community that they would publish these papers that say ‘men who have sex with men,’ but they didn’t actually have representative samples of men who have sex with men, because if you exclude transgender men who have sex with men, then you’re left with a sample of cisgender men, and you can’t call that MSM if we’re not both included… that is not the extent of what MSM means: they’re not all white, and they’re not all cisgender.”

Brandyn recommends that people “ask, ‘is this true, and how do I know?'”