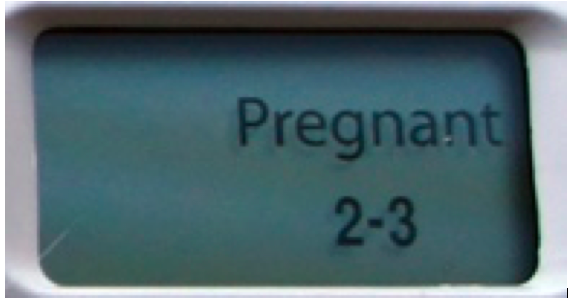 My husband?s (then-boyfriend?s) HIV diagnosis came completely by surprise. He had no idea that he was sick ? he just thought that the fatigue and random health issues he had were part of getting older, since he was in his mid-30s. I had been in a different state in graduate school at the time, but when I finished my degree and moved in with him, I saw that the health problems were bigger than I?d realized. His constant cough and the fact that he was exhausted from just mowing the lawn were scary, and I pushed him to see a doctor. Unfortunately, the doctor didn?t think of testing him at first, and it took a few more months ? and a scary trip to the E.R. with a high fever ? to finally get a diagnosis.

At first, none of us could believe that he had HIV. We were all very scared, since he was so sick at the time, and weren?t sure if he would ever be back to normal. We were very happy to find out that I tested negative, and we continued to celebrate each small victory as his health improved. As he got healthier, one of his biggest worries was that we wouldn?t be able to have children ? at the time, we didn?t know anything about treatment as prevention (TasP) or pre-exposure prophylaxis (PrEP). Luckily, his medications helped to bring his viral loads down to undetectable, and his CD4 count quickly got into the normal range. We got married two years later, and a year after that, we started trying to figure out how we could have children.

In the beginning, our doctors were hesitant to help us. TasP had just been shown to be effective at preventing most HIV transmission, but the studies were still too recent for our doctors to feel comfortable at first. The first doctor we talked to, a reproductive endocrinologist (RE), told us about our options at their clinic ? at the time, for serodiscordant couples where the man was HIV-positive, they mostly used sperm washing at a separate clinic and then used IUI or IVF to help the couple get pregnant. Luckily, around the same time as we were talking to the RE, my husband had an appointment for a checkup with his infectious disease specialist. When he mentioned we were trying to have a baby, his doctor told us about the new PrEP clinic the office was opening. We were one of the very first patients in the PrEP clinic, and they were so helpful in getting me Truvada, which I could take while we were trying to conceive.

It took several months of trying, but we finally were able to conceive a baby on our own ? no special interventions needed. The PrEP added an extra layer of security that helped me and my husband feel comfortable with skipping condoms while we were trying to conceive. We knew the risk of him passing HIV to me was low, especially with his viral load undetectable, but we were happy knowing that we were keeping the risk as low as we possibly could. After 11 months of trying, we finally were able to see the positive pregnancy test. We are in the middle of our pregnancy now, and the baby is perfectly healthy. I am still HIV-negative, which means the baby is definitely HIV-negative, too. We are overjoyed that after worrying for so many years about whether we would be able to be parents, the time is finally here.

Allyce is pregnant and in her 30s. She lives on the East coast with her HIV-positive husband.