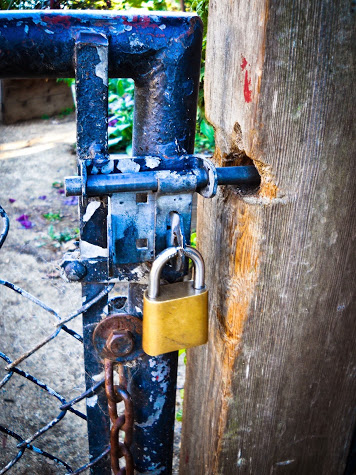 Title: Padlocked doors
By Angela McGill
This door is locked and this is the path that we with HIV walk.? Some doors are open
and some are closed. This is what we struggle with everyday.? This door may appear
closed, but is it really closed?? How firmly closed is it?? We must keep hope and learn
that there may be ways around anything that gets in the way of our path leading to our
futures. 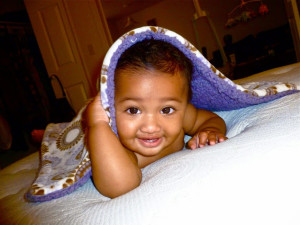 Title:? #hivfreebaby
By Caroline Watson
I took this picture of my daughter because people don’t realize that you can have a baby
when one or both partners are positive and the baby won’t have HIV. I’m negative, my
husband is positive, and our daughter is negative. He takes his medication and his viral
load is undetectable so it’s almost impossible for me to get infected. We’ve been
together for 4 years. My baby saved my life, in a way.? I’m going to be starting school
soon to become a social worker. Getting pregnant was also how I got involved with
BAPAC (Bay Area Perinatal AIDS Center) where I received a lot of support from my
doctors and social worker. I also got involved with the PRO Men Project (Positive
Reproductive Outcomes for HIV+ Men), which I still do volunteer work for. I’m now on
the CDC’s Expert Panel for Reproductive Health & Preconception Care. 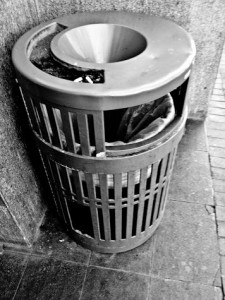 Title: Trash
By Vonz B.
This garbage can represents how I felt when I found out I was HIV positive? I got
tested at a jail and I was positive.? I felt really lonely and I didn?t want to talk to anybody.
I felt like trash.?? The jail stay was only a few weeks but it felt much longer.? Now it?s a
trip how I can talk about it.? A lot of people don?t say anything.? If more people talked
about it then there wouldn?t be as much stigma.? I still can?t tell some of my best friends.
There has to be a right time to say it.?? I want to be able to talk to my best friend when
things are tough.? If I saw someone who looked like me talking about HIV then I think
that would have helped me go through it.? I?ve told a few people and they see what I?m
doing to maintain my health and I?m hoping to just set a good example. 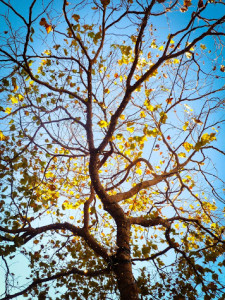 Title: Shedding the leaves of stigma
By Caroline Watson
This tree has too many leaves for this time of year, and it’s shedding them. Kind of like how stigma needs
to be shed and is being shed. I wanted to portray stigma shedding. It?s important to feel
comfortable with HIV in your life and know it’s not something to be ashamed of. If more
people talked about it, HIV would not be as much of a ?thing.? When people just say
judgmental things about HIV, sometimes I just want to say, ?Well I have HIV,? (even
though I don?t have it) so that they can be aware of what they are saying. Even if people
say that they were just joking when they make degrading remarks about HIV, it?s not
funny. I make it a goal of mine to help shed HIV stigma everywhere I go and with
everyone I talk to. 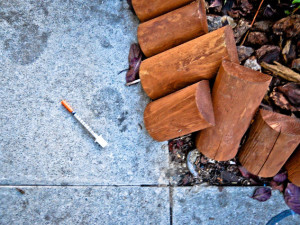 Title: Needles
By Angela McGill
Description:? This picture is a shout-out to the needle exchanges.? I want to spread
awareness about how shooting up with dirty needles is one of the ways people can
acquire HIV.? One time my friend?s son reached into a bush to get a toy and pulled out a
needle instead.? We have to educate ourselves so we can keep ourselves and our kids
safe. 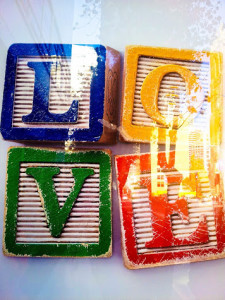 Title: LOVE
By Vonz B.
You need to have love first and then you get everything else in life.? This picture was
taken at a bus stop on 4th and Mission.? I grew up having a lot of love in my heart.
Somewhere that changed and then I didn?t care about things or other people any more,
especially when I was on drugs and when I found out I had HIV.? Things are much
better now and I have a lot of love in my life.? I know my love isn?t perfect now, and I
know it?s hard for everybody sometimes.? Looking at this picture again will help me keep
love close to my heart. 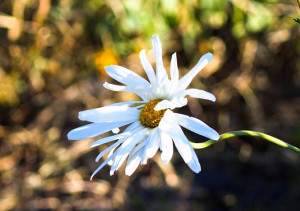 Title: Flowers Bloom Even in the Winter
By: Anonymous
There are times when I?m in the dark, and I find it hard to be optimistic.? During those
times it is hard to be around people who are optimistic.? But I like it when I can find
moments like this where I find something pretty; a flower blooming in the winter.? Even if
things seem a little desolate, it?s okay.? There?s always some hope. 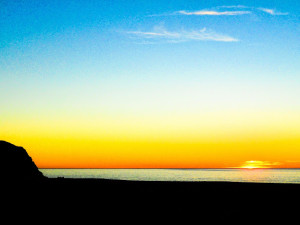 Title: Peaceful Sunset
By Angela McGill
I took this photo at the end of the day, driving home along the coast home to Oregon.? I
have peace of mind.? I let go of certain ideas and now have learned new things.? I think
forward and about succeeding through another day. 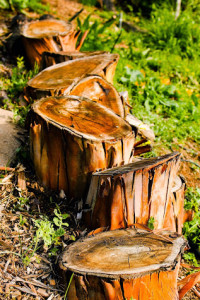 Title : The Paths we walk
By: Anonymous
These logs look like steps or a path?. Along the way steps are sometimes broken and
the path is uneven and difficult to navigate. It?s symbolic for me, because HIV is a very
hard path to walk. 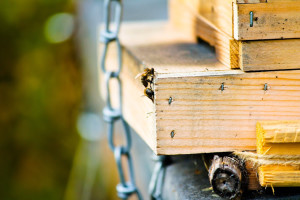 Title: Little Bees
By:? Anonymous
Bugs are neat creatures.? The world is so big and they are so small but they make it.
Even though they?re so small, they maintain their jobs, they get stuff done.? They don?t
fret when someone gets eaten.? Life just goes on for them.? Bugs have the same
struggles as I do but the world is even bigger for them.? They give me a lot of optimism.