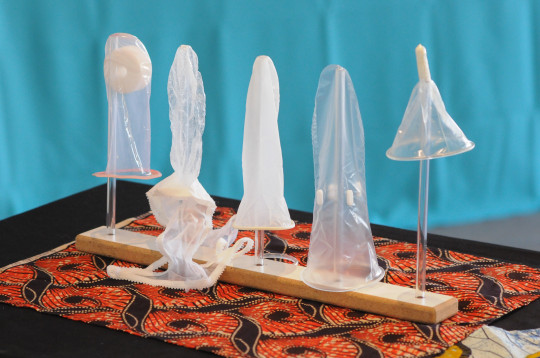 This Global Female Condom Day advocates for sexual health and reproductive justice have an unprecedented opportunity to pave the way for new female condom options in the U.S. and around the globe.

This spring, the U.S. Food and Drug Administration (FDA) took an exciting first step to remove outdated regulatory barriers that prevent the expansion of female condom options in the U.S. The agency agreed to review the current evidence on female condoms and consider reclassifying this public health tool from a Class III to a Class II medical device.

Since approved by the FDA in the mid-1990s, the female condom has shared the same classification as breast implants and pacemakers, Class III, while male condoms enjoy a Class II status. This stringent classification no longer makes sense now that we have quality standards and 20 years of safety and efficacy data that support making female condoms a Class II device. Reclassification would enable introduction of existing safe and effective female condoms from around the world to the U.S. Removal of such regulatory hurdles would also encourage more innovators to create new female condom products for our future. Without such regulatory changes, significant challenges remain in expanding product variety in the U.S. These regulatory restrictions impact international access as well. As the largest purchaser of female condoms for global aide programs, the U.S. plays a substantial role in distributing female condoms to countries and communities who need them. However, the U.S. is only permitted to purchase condoms that are approved by the FDA, thus limiting purchasing to just the one FDA-approved product. Approval of additional products would permit greater variety in purchasing and programming worldwide.

It?s not for lack of desire or need that more options designed for receptive partners are not available in the U.S. and around the globe. Both contraception and HIV prevention needs continue to go unmet for millions of women, men, and transpeople. Advocates for sexual health, pleasure, and empowerment demonstrated such collective demand for female condoms through taking to the streets last Global Female Condom Day. Availability of and access to a variety of safer sex options is critical to ensuring that individuals have the safer sex tools that meet a variety of desires, contexts, and situations over the lifespan. A condom that can be initiated by a receptive partner is a critical part of that toolbox.

Recognizing the need and the opportunity for action, the National Female Condom Coalition is leading advocacy efforts urging the FDA to down-classify female condoms. In addition to mobilizing U.S. and international organizations in support of this effort, we launched a grassroots campaign inviting individuals to urge FDA action and to share their vision of future female condoms. Advocates the world over have submitted creative ideas and calls to action for options that vary in color, taste, shape, and texture. They want products designed to meet their desires for pleasure, protection, and prevention. Many emphasized the need for greater awareness of this sexual health tool, and stressed that access and affordability should be the rule, not the exception. Others underscored the importance of recognizing that people of a variety of gender identities would benefit from such tools, and urged that condoms designed for receptive partners no longer be given gendered names.

The FDA needs to hear what the people want and need when it comes to safer sex options. This Global Female Condom Day, tell the FDA to down-classify female condoms today. Learn more about our campaign and how you can create the future female condoms. 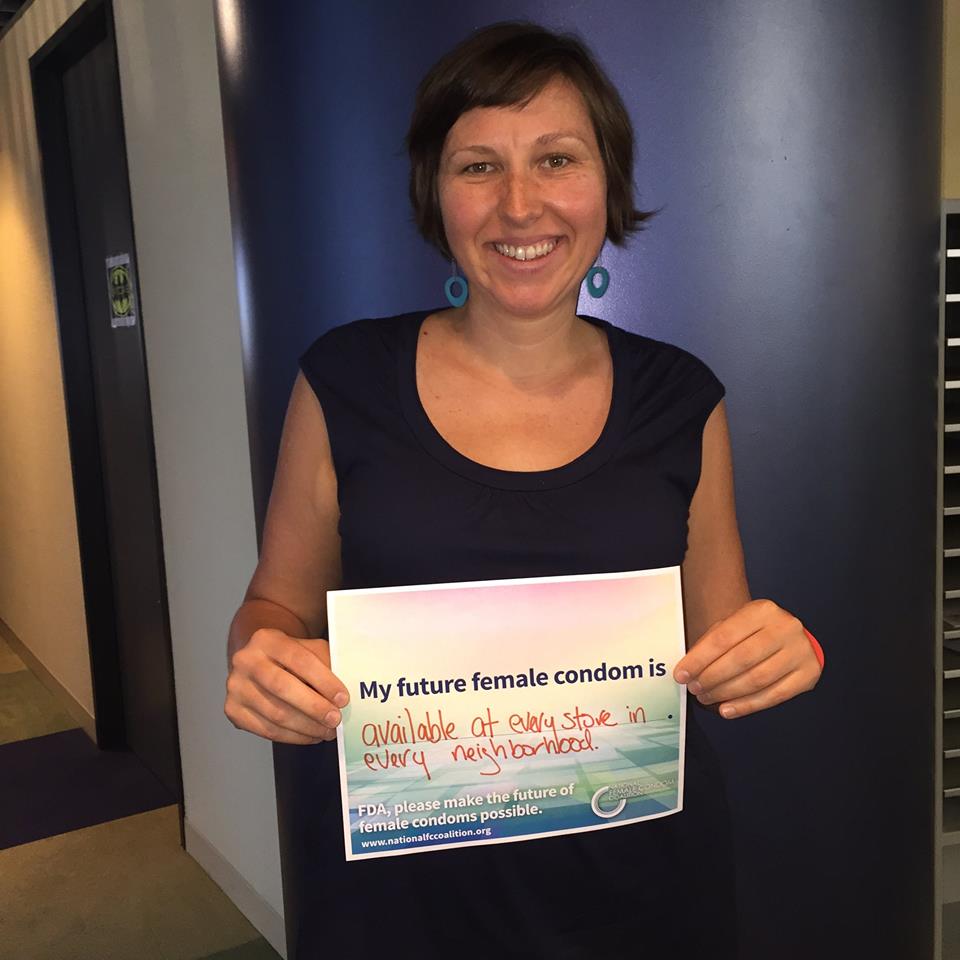 Jessica Terlikowski is the Director of New Prevention Technology Education at the AIDS Foundation of Chicago and founder and coordinator of the National Female Condom Coalition. She envisions a future where a variety of female condoms are affordable and widely available to all who want and need them.