Pictured above: The front cover of the first issue of the first ever magazine created by and for sex workers.

On a rainy Monday afternoon, I met with a dynamic and steadfast woman who works for P&G292, a clinic run by the GGD Amsterdam (Public Health Department).? Annelies is Public Health Nurse who, among others, is working hard to keep sex workers in Amsterdam healthy and safe.? She is a skilled nurse, a heartfelt counselor, and a passionate advocate.

The decriminalization of sex work is a controversial issue.? The Netherlands took the leap in the year 2000 and legalized it. They made it so people engaging in transactional sex would become independent contractors, obtain permits, and pay taxes.? Amsterdam, the largest city in the Netherlands, is where the vast majority of women, men and trans sex workers conduct business.? Although there is a popular and touristy Red Light District, transactional sex is occurring all over the city in the so-called window-districts, private clubs, and residences.? According to P&G292?s recent publication of The Sex Worker, ?Every year more than 200,000 customers are welcomed into 15 sex clubs and over 400 window workplaces in Amsterdam.?

So here we were, in a city where prostitution is legal and people are traveling from all over the globe to provide or to utilize these services.? Well over 80% of the sex workers in the Netherlands are of non-Dutch origin.? Hungary, Romania, Russia, Spain, and even Peru are some of the countries represented in large numbers.

In comes the team at P&G292.? They head out on to the streets, usually a nurse and a social worker together, carrying a backpack with everything from a venipuncture kit to health education materials and information on how to learn the Dutch language.? They are meeting these women, men and trans folk where they are. Physically.? They are offering STI testing and collecting samples. There and then. If there is a positive result, the individual is invited in for treatment.? Annelies reflected on her work and the success of her team while we talked. She said that going out and meeting people exactly where they live and work builds a kind of rapport that often cannot be built by sitting and waiting for people to walk in to your clinic.

In addition to STI testing and treatment the team at P&G292 provides linkage to care for those that test positive for HIV.? The clinic also connects sex workers to access language classes and computer courses.

The team at P&G292 worked on a one-of-a-kind project earlier this year.? They collaborated to help produce the first ever The Sex Worker magazine created for and by sex workers.? This ?professional insider?s guide? is an honest look at the job from the point of view of veterans and rookies, men, women and trans folk that work in the industry. There are columns about starting work, stopping work, taking care of oneself, shopping for lingerie, seeking medical and psychiatric care, knowing one?s rights and managing one?s finances.? A section on ?tips and tricks? provides advice on establishing boundaries and communicating effectively with clients.

When I think back on that rainy afternoon I spent talking with Annelies, I?m reminded of Che Guevara?s famous quote: ?At the risk of seeming ridiculous, let me say that the true revolutionary is guided by great feelings of love.? There is a real lesson to be learned here.? As world leaders look to the Netherlands to be the example set forth in the decriminalization of sex work, and as human rights organizations like Amnesty International begin to draft policies to protect sex workers, let the rest of us look closer at the work that is being done on the ground in Amsterdam.? When people are met with acceptance and appreciation instead of stigma and disdain we have the beginnings of a just community.

As newer public health goals unfold and more HIV prevention technologies take hold, we must meet people where they are at physically and mentally. And may we always be guided by great feelings of love. 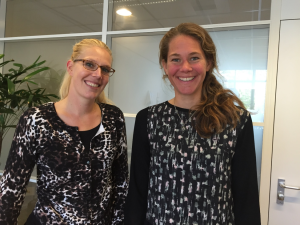 Yamini Oseguera-Bhatnagar is the POWER Health Coordinator at HIVE. She has led the ?Hangouts with HIVE? initiative and has been instrumental in creating many printable, video-based and web-based tools for patients and providers. Yamini is an advocate for racial and gender justice and self-determination for all.