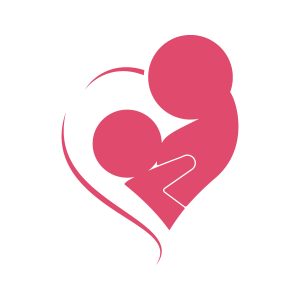 HIVE stands in solidarity with the Human Milk Banking Association of North America (HMBANA) — supporting all infants having access to human milk through use of pasteurized donor human milk and, when safe, maternal milk. In this context, we also endorse that the most effective way to prevent transmission of HIV to an infant is to avoid breastfeeding, assuming it is acceptable, feasible, affordable, sustainable and safe (AFASS) to do so. The Department of Health and Human Services (DHHS) National Perinatal HIV Guidelines, Centers for Disease Control, and American Academy of Pediatrics all currently recommend that lactating people living with HIV in the United States do not breastfeed.

Many women have questions about infant-feeding options and may consider breastfeeding as well as other options.? HIVE strongly supports and encourages those living with HIV to talk with their medical providers about their desires and needs around infant feeding. HIVE strongly encourages medical providers and healthcare institutions to create a trusting, non-judgmental environment and cultivate a therapeutic alliance with patients to promote transparent and honest conversation about infant feeding options. These conversations may include a harm reduction approach to breastfeeding such as antiretroviral therapy and frequent viral load monitoring for lactating mothers as well as antiretroviral prophylaxis and frequent HIV testing for nursing infants. While breastfeeding is officially discouraged, those with HIV need and deserve evidence-based education and resources in order to make informed decisions about what is best for them, their baby, and their family. Healthcare providers should be aware that some living with HIV may experience social or cultural pressure to breastfeed and/or have meaningful psychological attachment to breastfeeding their baby. As such, parents and families may benefit from ongoing guidance and/or emotional support in addition to education about evolving standards of care and research findings.?

Infant Feeding Basics: For Women Living with HIV in the U.S.

From the American Academy of Pediatrics Policy Statement: Infant Feeding and Transmission of HIV in the U.S.

Safety and risks of breastfeeding in setting of HIV: evolving literature and guidance

While all federal and local guidelines in the US currently recommend no breastfeeding among people living with HIV, there is a growing body of literature suggesting that a lactating person on antiretroviral therapy (ART) with viral suppression is at minimal risk of transmitting HIV to a breastfeeding infant. All of the large studies to-date have occurred in low-resource settings where the AFASS criteria are not met and where breast milk is particularly beneficial for infant health.

While the use of ART substantially reduces the risk, HIV transmission during breastfeeding may still occur among those on ART and may be due to cell-associated HIV in the breast milk not suppressed with ART. T. While exact mechanisms of and risk factors for transmission remain unknown, it appears that even low levels of viremia (i.e. > 100 copies/mL in plasma) and HIV shedding in the breast milk compartment are predictors HIV transmission during breastfeeding. As such, provision of optimal ART (e.g. accounting for resistance, pill burden, etc) and adherence to ART are critical components of minimizing HIV transmission risk for those who choose to breastfeed, with the understanding that even optimal ART and perfect adherence may not completely eliminate the risk of HIV transmission.

Early data suggested exclusive breastfeeding to be safer than mixed breast-formula feeding in settings without ART and without safe and consistent access to formula/clean water. In 2010 the WHO provided guidance on breastfeeding and HIV. It is unknown whether exclusive breastfeeding compared to mixed breast-formula feeding is associated with lower risk of HIV transmission among those on suppressive ART in high-resource settings like the US. Other factors that may affect the risk of HIV transmission/acquisition during breastfeeding include relative antiretroviral penetration into breast milk (i.e. which antiretrovirals have higher concentration in the milk and suppress breast milk HIV more effectively), breast health, potency of infant antiretroviral prophylaxis (including relative protectiveness of specific antiretrovirals and duration), amount of milk HIV ingested, and pattern of weaning.

Given the multitude of benefits documented for breastfeeding and the minimal (though not zero) risk, patients, clinicians, and policy-makers are beginning to question the recommendation against breastfeeding for people living with HIV with viral suppression. As breastfeeding guidance evolves, it is important for clinicians to engage women and families in a harm-reduction approach, providing adequate education for them to make an informed free-choice about infant feeding. The DHHS National Perinatal HIV Guidelines includes recommendations for how to approach breastfeeding using harm-reduction, shared decision-making strategies.

?If, despite extensive counseling, a woman decides to breastfeed, harm-reduction measures should be taken to reduce the risk of HIV transmission. These include:

?If, despite extensive counseling, a woman decides to breastfeed, harm-reduction measures should be taken to reduce the risk of HIV transmission. These include:

The Human Milk Banking Association of North America (HMBANA) is a nonprofit milk bank with a network across the U.S. and Canada. The milk banks prioritize Pasteurized Donor Human Milk (PDHM) for medically fragile infants. PDHM is the only form of donor human milk recommended by all U.S. health authorities. While banked human milk is typically expensive when paid out-of-pocket, some insurance companies and public health benefits cover the cost of human milk for medically fragile infants, including those born to women living with HIV.

While HIVE does not endorse the following infant feeding options, we include resources because we value transparency and shared decision-making. In addition, we understand that patients often find such resources online, and we believe that proactively engaging in conversation with patients ultimately is safer than ignoring what is available online.

Buying and selling milk is not considered safe for infant feeding, particularly if exchanges are done online, anonymously, or with someone with whom the parent does not have a long-standing trusting relationship and who has not been tested recently for HIV and other infections that may be transmitted via breastmilk. ?The American Academy of Nursing on Policy on Informally Shared Milk. Perinatal Services in BC (Canada) has been a leader in providing information to families about peer-to-peer milk sharing. Eats on Feets (EOF) and Human Milk 4 Human Babies are two of the most well-known social media platforms where people may make offers and requests for human milk that is shared (not bought or sold). They also link to information about safer peer-to-peer milk sharing. EOF offers Four Pillars of Safe Breast Milk Sharing [written by a community midwife; not evidence-based nor officially endorsed by any organization including HIVE]. Mother?s Milk Alliance in WI has another model of community milk sharing, with sample protocols for donor screening.

A postpartum woman living with HIV may choose to have another person breastfeed her/their baby (i.e. ?wet nurse?). The person who will be breastfeeding should be tested for HIV and other communicable diseases (e.g. HTLV, syphilis, hepatitis B and C) at baseline prior to initiation of breastfeeding as well as be asked about behavior that may be associated with acquisition of communicable diseases during the period of breastfeeding. Given the particularly high risk of HIV transmission to infants in the setting of incident HIV acquisition among breastfeeding women, healthcare providers should encourage and facilitate serial HIV testing of the wet nurse. Alternatively, to ensure a safe milk supply for the baby, those who are providing milk can be screened as milk donors and donate their milk via a licensed milk bank.

While flash heating of expressed breast milk has been found to be feasible in pilot studies in low-resource settings and appears to kill HIV, HIVE does not endorse this approach given the challenges of women implementing this strategy in the real-world and lack of quality assurance when done outside the structure of a research study.

While not endorsed by HIVE, we include information about flash heating to promote transparency and open dialogue. Flash heating of expressed breast milk is one of the 4 Pillars, and parents may wish to flash heat milk they receive from milk sharing. A lactating parent living with HIV can also express their milk and flash heat to kill HIV before storing and feeding by following these instructions from Eats on Feets.

Links from our perinatal providers page:

Links to other resources

This page was curated by Karen A. Scott, MD, MPH, FACOG, Deborah Cohan, MD, MPH, Yamini Oseguera-Bhatnagar, and Caroline Watson in collaboration with HIVE. While we have worked hard to include many informative resources, we understand that this is not an exhaustive resource. Thank you for your support of our work. If you have any questions, please contact Caroline at caroline@hiveonline.org. This page was last updated on 9/23/19.