::Hangouts with HIVE:: Supporting HIV-affected Individuals in their Reproductive Goals 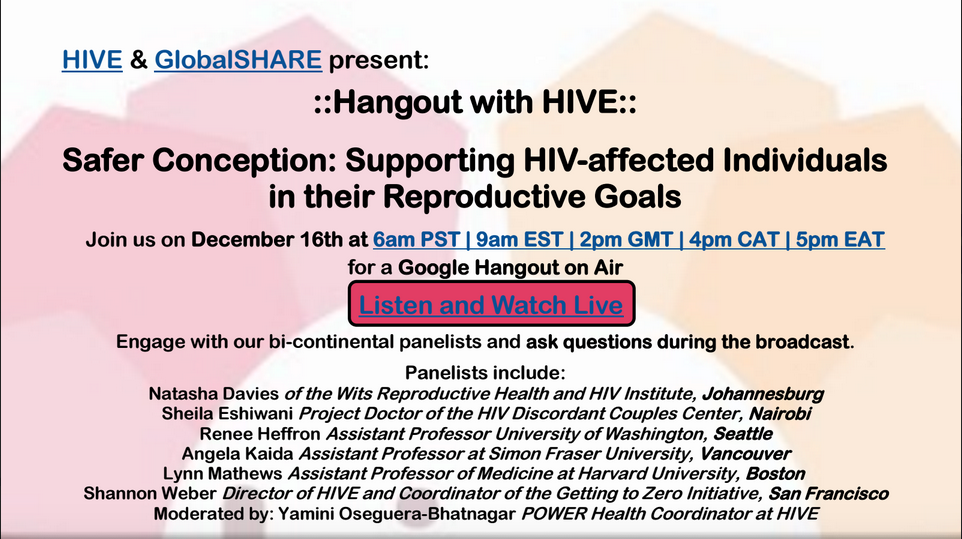 On December 16th 2015, HIVE hosted our 2nd Hangout on Air about HIV Prevention for women. Our focus in this Hangout was Safer Conception options, programs and policies for people affected by HIV.

Shannon Weber Director of HIVE and Coordinator of the Getting to Zero Initiative, San Francisco

It was an inspiring and energizing conversation rooted in a commitment to reproductive rights and desires of HIV affected individuals.? We talked about Treatment as Prevention (TasP) and Pre-Exposure Prophylaxis (PrEP) as tools for couples seeking pregnancy as well as treatment being recommended for all people living with HIV regardless of CD4 count.

We also heard about conception planning with HIV-affected couples in Nairobi, Johannesburg, Houston (and other US cities).

Become part of the #GlobalSHARE movement by joining our Google Group.