::Hangouts with HIVE:: PrEP for Women & the Female Condom Campaign 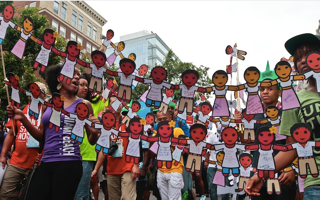 On November 23rd, HIVE hosted the 1st in a series of 3 Hangouts on Air about HIV Prevention for Women.? This one was about PrEP for women. As we continue to push for more focus on women?s access and uptake of PrEP, there is a lot to learn from campaigns that have come before ? like the campaign for female condom availability.

We spoke with Jessica Terlikowski who works at the AIDS Foundation of Chicago and oversees the National Female Condom Coalition.? We also spoke with Anna Forbes who is an independent consultant who has been working in the HIV/AIDS field for 30 years ? with a focus on preventing HIV among women.? She does some work with the National Female Condom Coalition and also staffs the US Women and PrEP Working Group.? Last but not least, our very own Shannon Weber who is the Director of HIVE and an advocate for people affected by HIV reaching their reproductive goals through primary HIV prevention for women. She is also the founder of California?s first online, location responsive PrEP providers? directory: PleasePrEPMe.org.

We talked about the female condom campaign?s achievements and strengths as well as the challenges that have been faced in pushing for accessibility. Advocacy has been really important in helping building the awareness that creates the demand for a product such as the female condom.? Moving forward, we must integrate the conversations around PrEP and female condoms, HIV Prevention and family planning.

As far as PrEP for women in the United States, recent guidelines from the CDC and others are helping to create the dialogue.

We were reminded that in order to create a demand, there needs to be more champions coming forward and talking about their PrEP use, but that this is difficult because women are taught not to talk about their sexuality. Medical providers must be gatekeepers and women who have the resources and privilege to advocate on behalf of our sisters.? One thing that we can all do is support those who do choose to tell their stories, reach out to them and champion them.

Other issues that bear down on women?s uptake of PrEP and female condoms are: criminalization of people living with HIV, trauma and intimate partner violence.

There is much to learn from past campaigns as we begin to roll out PrEP.

Watch “Rolling out PrEP for Women: Lessons Learned from the Female Condom Campaign”: