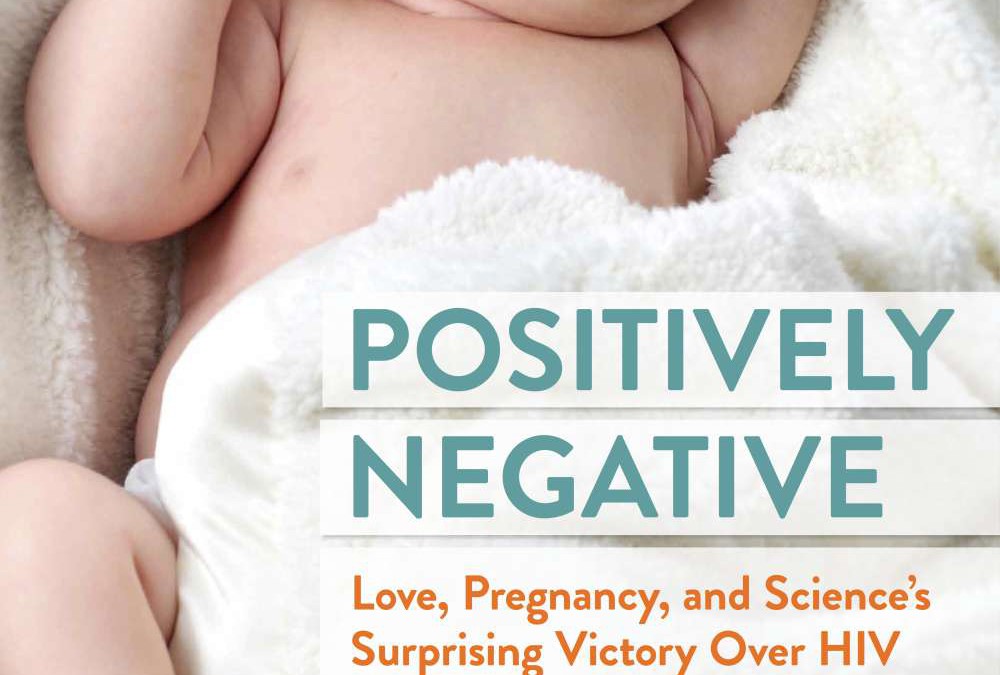 When Poppy Hillsborough walked into her second day of work in a new city and a new state, she wasn?t expecting to fall in love. But then Ted Morgan, a tall, lanky Californian with sandy blond hair and pink cheeks, held the door open for her, and everything changed.

?He held out his hand to shake hands and said, ?Hi, welcome. I?m [Ted],?? said Poppy, who?s originally from Illinois. ?I was looking into his amazing blue eyes and I remember thinking, ?This is the guy.? I just knew it from the moment I met him.?

It was an unwelcome realization. For one thing, it was her second day in San Francisco and she was still getting her bearings. For another, she worked with the guy. Besides, Hillsborough was already in a relationship.

The fact that Ted was HIV-positive, diagnosed in 1995, didn?t come into play until the two started dating a year and a half later. But even that didn?t deter the dreams of pink-cheeked babies that had begun drifting through Hillsborough?s head. This was, after all, a woman who, as a child in a Chicago suburb, turned spoons and forks into babies, tucking them in to the cutlery drawer with a prayer that they sleep soundly. She had always wanted to be a mother. Now she wasn?t sure how that would happen. But she knew it would.

Hillsborough made an appointment with Morgan?s primary care doctor?the doctor who had diagnosed Morgan with the virus and who had several HIV-positive patients in her practice. Hillsborough wanted an answer to the question that had been on her mind since those images of pink-cheeked babies first presented themselves: Could she have a baby that looked like her boyfriend?that is, a baby fathered by him and carried by her?

Morgan?s doctor sent her to the Bay Area Perinatal AIDS Center, or BAPAC [now HIVE], a clinic within the University of California, San Francisco?s Division of HIV/AIDS that provides counseling and care to pregnant women and their families affected by HIV. There, she received a consultation from Nurse Practitioner Cynthia Feakins on her options, all of which were either expensive or precluded her boyfriend from fathering their child.

There was adoption, or using HIV-negative donor sperm_?both totally safe options and lovely ways to form a family. But Morgan was attached to carrying the child herself, and with the child sharing both of their DNA. So she moved on to other options.

Those options, she discovered were high tech and expensive. In vitro fertilization (IVF) or intrauterine insemination (IUI) cost anywhere from an average of $865 for one cycle of IUI to an average of $8,158 for one round of IVF, not including fertility drugs, which can run up to $5,000 per IVF cycle, according to the National Infertility Association. Then there?s ICSI, a process that takes IVF one step further. ICSI, which stands for intracytoplasmic sperm injection, is just as sexy as it sounds: A scientist injects one sperm into one egg and allows it to grow before placing it in a woman?s uterus. That procedure costs about $1,500 per cycle, on top of the cost for IVF. All three options are available to HIV-discordant couples only after they?ve also paid $200 or more for a process called sperm washing, which separates sperm from seminal fluid via chemicals and centrifuge. That sperm, now ?washed? of potentially infectious seminal fluid, can then be used in IVF, IUI or IVF-ICSI.

There remains some debate on the safety and effectiveness of sperm washing. A woman contracted HIV in 1990 from her husband while the couple was doing sperm washing, leading everyone from the American Society for Reproductive Medicine (ASRM) to the CDC to recommend against doctors helping HIV-affected couples with pregnancy by doing insemination with the sperm of HIV-positive men. ASRM reversed its policy in 2002. The CDC guidelines are in place to this day. It?s unclear how many clinics are willing to provide HIV-affected couples with sperm washing, but some statistics indicate that it may be as few as 25.

On top of that, the California legislature banned the donation of sperm from HIV-positive men in 1989?even if that donation was made specifically to ?wash? it and use to inseminate one?s own wife._ So Hillsborough and Morgan couldn?t get reproductive help in the state, even if a doctor was willing to go against the CDC and ASRM?s recommendations.

No one at BAPAC mentioned unprotected sex as an option, and Hillsborough went back to planning her life with Morgan, who would become her husband two years later. Hillsborough?s parents weren?t invited to the elopement in 2002, and, when they found out that their daughter had married an HIV-positive man, they boycotted the couple?s first anniversary party. Hillsborough, now Morgan, would not talk to her parents for the next five years.

Around the same time that Poppy Morgan was celebrating the first anniversary of her elopement, Dr. Pietro Vernazza was reviewing some evidence at his office as chief of the Division of Infectious Diseases at the Cantonal Hospital in St. Gallen, Switzerland. Vernazza, who trained under UNC?s Cohen and served as a member of Switzerland?s Federal Commission for AIDS-Related Issues (now the Federal Commission for Sexual Health), had participated in some of the early studies on HIV infectiousness. On this day, he was focusing on a subset of patients?HIV-affected couples who were trying to get pregnant.

Vernazza?s program?part of the Swiss HIV Cohort Study, a longstanding, multi-hospital research program?had been offering sperm washing and IUI to these couples since 1997. Knowing the HIV-positive partners? viral loads, he also noted whether the couples had a history of other STIs and how well the HIV-positive partners stuck to their drug regimens.

In reviewing the data, he came to a surprising conclusion.

After hundreds of sexual contacts among all HIV-affected couples involved in the Swiss HIV Cohort Study, including the ones he treated, there had been zero HIV transmissions. Not only that, but so far, there had also been zero reports of transmission in the literature when HAART had been able to fully suppress the virus. Vernazza saw that if his patients? HIV was very well-managed, if their viral load had been undetectable for at least six months, if both partners had no other STIs, and if they were in a monogamous relationship, their risk of transmitting the virus?even without condoms?seemed infinitesimal. That got Vernazza thinking.

?I realized all these couples had nearly a zero risk of transmitting the virus,? he said. ?We felt it wasn?t fair to withhold this information.?

As 2003 rolled into 2004, Vernazza and his team sat down with qualified couples and rolled out a new option.

?If I can offer you an alternative method to reduce your risk of transmission,? he asked them, ?would that be reasonable to you??

The offer was simple: carefully timed unprotected sex during the woman?s ovulation, with the additional protection of the women taking their partners? HIV medication. For Vernazza?s couples, that medication was either the brand-name drug Truvada or one of its components, tenofovir.

He sketched out the broad strokes of how it would work: The HIV-positive partners would have their viral load measured and both people in the couple would be tested regularly for STIs. The women would be given urine tests to monitor for spikes in a hormone that indicates ovulation. Then, when the time was right, the woman would take one pill 36 hours before unprotected sex and another the morning before sex in a regimen called called pre-exposure prophylaxis, or PrEP. After unprotected sex, they?d come in for tests to check for HIV transmission and pregnancy.

It wasn?t wild, unprotected sex, and it wasn?t for everyone. But Vernazza offered it. And when he did, the answer was often immediate and resounding.

?Why didn?t you tell us this before??

To that, he had no easy answer. ?We had to justify ourselves,? he said. ?We had to say, ?You?re right. There?s a general belief that [we] should not tell.??

Vernazza hadn?t done a clinical trial, nor was this one. But he did explain what he believed and the risks associated with it. Now it was time to test it, with couples who were educated on the risks and were willing to take them.

?To me, this is a question of punishment,? he told me later. ?We don?t tell people who have hepatitis C that they can never have sex without a condom again, but we do with HIV. It is an attitude that says, ?You have this horrible thing and you must keep it for yourself.?? 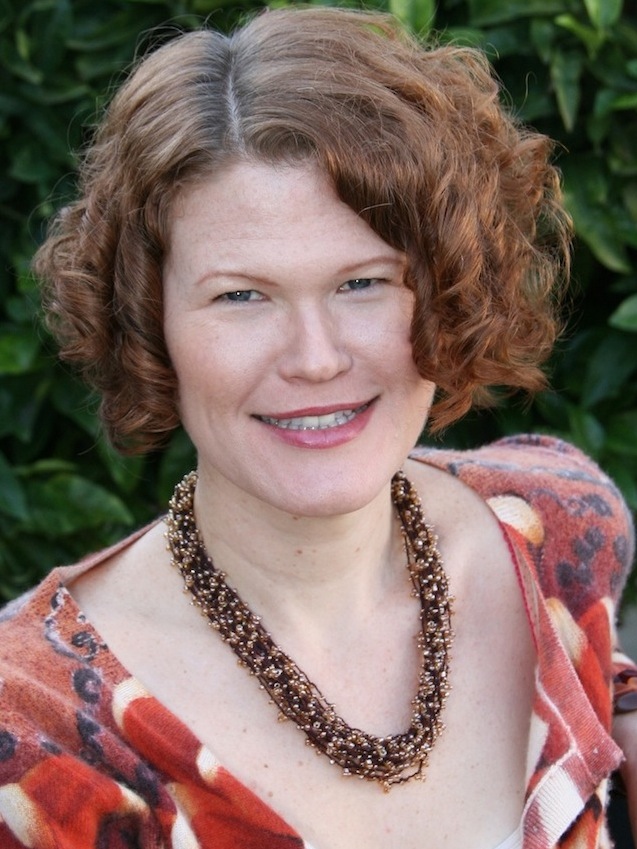 Heather Boerner is a journalist and author living in San Francisco. She is a winner of the award of excellence in health care journalism from the Association of Health Care Journalists and a recipient of the Dennis A. Hunt Grant for Health Journalism. She focuses on telling complex stories with heart. Find out more at https://boerner.contently.com.