All are welcome. You are part of the HIVE. 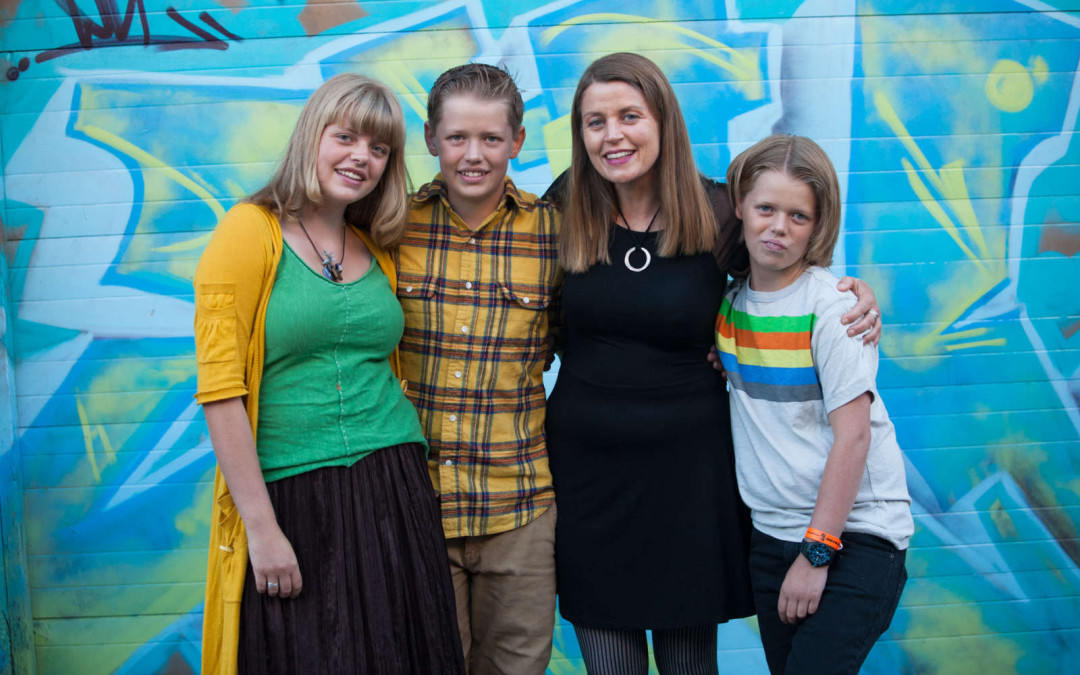 This is my family, August 2014. photo credit: Ryan Anson?

I grew up the oldest of 14 children, 8 of whom are adopted. ?The first adopted sibling came to our home when I was four years old and the last adoption began the same week I graduated from high school. My entire growing up experience was one of expansion, love, organized chaos, sharing and responsibility. As an adult my own parenting choices involved marrying and later having three children in three and a half years – all planned, all desired, and all happening within months of my ideal. Two of my children were born at home (one unplanned on?the deck in the backyard) because of the hospital setting and my fears of not being in control of my body. ?No IV for me, please. I breastfed my kids for a year or more (even when again pregnant) and did so in public even when it?made people uncomfortable (we lived in Texas!). What was not planned, was my divorce while my children were still young. This experience allowed me to embrace the (real or perceived) shame of divorce and single parenting. I found myself in a new paradigm of being able to practice the expansion, love, organized chaos, sharing and responsibility of my childhood as we created a new way of living. ?All of which is to say – family, love and choice is a huge part of my narrative and a?framework for making my way in the world.

In 2005, I became the coordinator of a new program launching out of UCSF/San Francisco General Hospital and Trauma Center: The National Perinatal HIV Hotline. This is where I met Jess Waldura and Deborah Cohan – two women who are central in my personal and professional life. We share ideas and thoughts in a stream of conscious -style, collective arrangement of pure, creative goodness. ?Initially, my role was to create a network of providers across the United States in order to rapidly link?pregnant women living with HIV and their HIV-exposed newborns with care. Not long after launching this network and beginning to learn the ins and outs of perinatal HIV care, I began receiving calls from women whose male partners were living with HIV and they desired pregnancy. ?”Who knew?” I thought when the first calls came in. Within a short time of learning a few couple’s stories, I recognized the themes of desire, longing and a struggle for inclusion in the concept of building?a family. In fact, there was something strikingly similar to their stories and my single girlfriends deciding in their mid-thirties whether to bank their eggs, mate for parenting rather than love, or forgo their dreams of having children. About the same time, my own single parenting journey began and I quietly rode my own?waves of forging a new family framework, contemplating?my own biases and truths along the way. In response to HIV-affected couples continuing questions about how they could have babies, I dove deep and devoured??everything I could about conception, HIV transmission, assisted reproductive technologies (I became a sperm washing expert for at least a few days!), HIV prevention, adoption rights, donor sperm and home insemination.

During the summer of 2012 two watershed professional experiences occurred. ?One, our?abstract on calls received about safer conception options was accepted to the International AIDS Conference in Washington DC. ?I gratefully and humbly accepted my five minutes at the microphone along with my allotted three slides to present seven years of passion and work, now?boiled down to a few tables and charts with a total n=152 (the total sum of that work = 152 phone calls ). While it?was an honor and may have?moved the conversation forward nationally, it was also anticlimactic and missing the intimate connection I’d felt with so many couples over the phone line for all those years. ?Second watershed event of the summer of 2012, was with pilot funding from Macy’s. HIVE (then BAPAC)?launched the PRO Men (Positive Reproductive Outcomes for HIV+ Men?initiative in collaboration with the Ward 86 HIV Clinic. The initial task was to create a professionally filmed video for HIV+ men who have sex with women about safer conception options. As part of the background research to create the film’s treatment or script, I facilitated five focus groups with men – a totally new experience. I was shocked by how deeply these groups affected me as I believed I already knew so much about the topic. In short, those focus groups and creating the film “HIV+ Men: Having a healthy sex life and a healthy family” cracked my heart open and I fell in love over and over again as can happen when you get to witness brave truth-telling. ?By the end of 2012, I knew that thanks to advances in HIV treatment and prevention (hello, HPTN 052 and PrEP!) combined with those who’d opted in to telling their stories aloud we’d re-framed this entire story from one of risk reduction and permission giving to one of possibility and hope. ?And I’d learned something very powerful about connection and creating change in the world:??The universe is made up of stories, not atoms.? ? Muriel Rukeyser

We have much more in common than we have different.

Years of deep and sometimes dark conversations with my best girlfriends, talks with strangers on the playground and hundreds of conversations over the phone with?people seeking resources have taught me our?choices about if, when, and how to parent are a fundamental narrative in our life story. ?Meaning: contraception, conception, birth, breastfeeding, mothering, fathering, parenting are at the core of how we see ourselves in the world. This is both terrifying?and healing.

The re-brand of the former Bay Area Perinatal AIDS Center/BAPAC and creation of Hiveonline.org is the work of an entire team of collaborators who’ve been a part of the BAPAC journey for decades. It is also the fruition of a?years long fantasy of creating a safe space where all are welcome.

All are welcome. You are part of the HIVE. 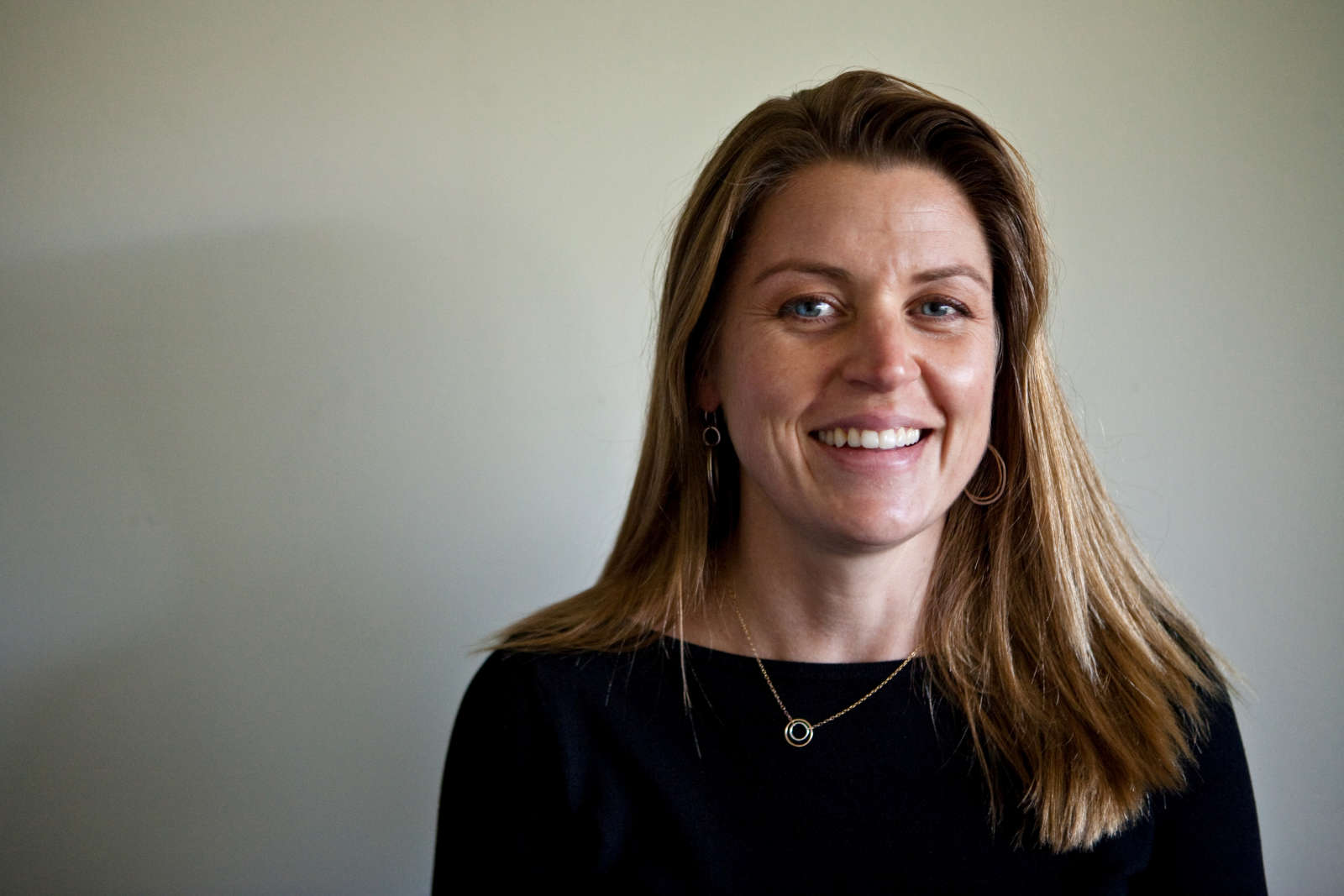