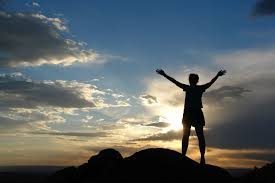 My name is Nobuntu Shoba from the Province of KwaZulu Natal in the rural areas of Ozwathini but currently residing in Durban. I was born in an illegitimate relationship where I grew up lacking a father figure. My mother passed on in 2005-12-20, then my grandmother took over in taking care of me. I have six siblings and we are all from different fathers with different surnames. My childhood was a bit hard with some challenges, the biggest challenge was that after my mother passed on, I had to stay at home and look out after my youngest sister who was one year old the time my mother passed. I had to drop out of school and resume again when my sister had grown. Consequently I finished my grade 12 three years older than my classmates, I was 21 in my grade 12 and that was 2011. I was born in 1990-10-01.

I come from a very big family, my grandmother had 10 children, only four of them are left, the other six passed on long ago. Her children never got married, in our culture if a woman got a child before marriage or gets children but no marriage, those children will be named by their mother?s surname. There are many grandchildren but all uses same surname as our mothers never got married.

I always learned about HIV/AIDS at school but had never seen anyone who had it until 2003, when one of my cousins came home sadly sick, with all the symptoms that we were taught from primary school. That is when I realized that actually AIDS is real. She got too sick and ended up dying. 2011 I was 21 years old and I also wanted to start dating, I met my first boyfriend and everything was perfectly fine till the 6th of October same year where I found out that he was cheating on me with the other lady who happened to be my neighbor. In our community we know each other as neighbors, we know what happens in that neighboring next-door, and we actually talk and tell each other even if someone is not feeling well, the news just spread out easily. So the lady whom I was cheated on with, we knew at home that she had HIV and was on medication because her mother came home and told my granny. I got so angry and broke up with the X-boyfriend. I asked him to accompany me to go for blood test for HIV/AIDS but he refused. I went to test alone, at first I was negative. I kept on checking up every three months till they told me that I was then positive. What killed me that time was that my X-boyfriend was positive and he knew about it but never told me.

I am alive and healthy. I am one of the luckiest people on earth because I never got sick from HIV/AIDS, the time I was told at the public clinic that I was positive, I told the nurses to give me medication immediately so that I get used to it. I was so nervous I couldn?t wait any longer, I couldn?t allow that moment of having visible symptoms to be seen by the world that I was then sick, I was just too scared of getting sick. My cd4 count at that time was above 500 therefore they couldn?t let me take medication, not until my cd4 count was less than 300. In 2014 I then had to start taking medication, I collect my medication in a public clinic in Durban.

To me, living with HIV/AIDS is NOT a death sentence nor a curse. There is a stigma that our society has normalized that if one is HIV POSITIVE it because that individual hasn?t been behaving well or had many boyfriends or girlfriends, however that is a myth. Everyone is vulnerable to getting it. You can be faithful to your partner but only to find out that your partner is not faithful to you. I believe that it takes both partners to prevent the spread of HIV/AIDS.

It is very important to ACCEPT, to me it was not hard at all to accept because I had lost relatives and friends before through HIV/AIDS, rather it was more like eye opening that if I did not accept myself for who I have turned out to be, then no one will and I will end up losing my own life. I value life a lot I could not risk losing it. I started medication on 2014. I take it every day once a day, I try to eat as healthy as I can, and I go to gym to keep my body healthy. My viral load is lower than detected [undetectable] and my cd4 count is normal. To me, being HIV Positive means that I am now born again in a more positive way. My aspiration in life is to be positively happy and also to inspire young people out there. 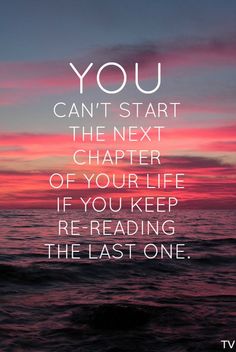 Nobuntu Shoba lives in South Africa where she hopes to become an inspiration to youth.

Are you a woman living with HIV? Check out The Well Project for fantastic resources! Looking for information on how you can have a baby? Check out HIVE?s HIV+ Women page.