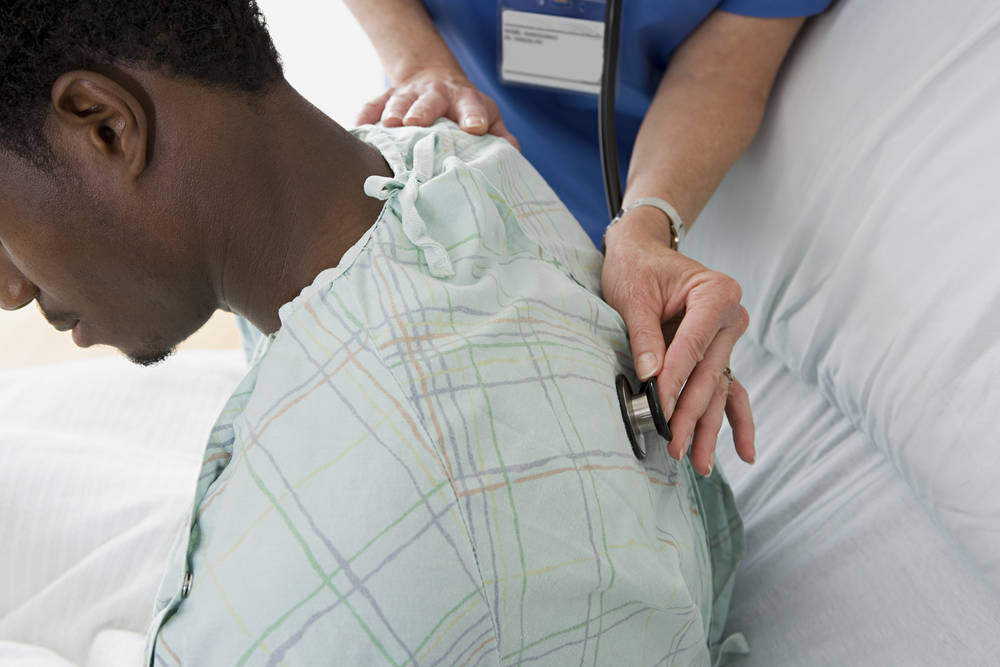 In October, estimated GFR (eGFR) reporting was modified by the laboratory at Zuckerberg San Francisco General Hospital. Whereas previously eGFR was reported as two separate values i.e. ?if African American? or ?if non African American,? these two values are now reported as a range with the clinical note: ?Patients with more muscle mass and better nutritional status are more likely to be on the higher end of this range.? This change was made in an effort to reduce medical errors and improve health equity at our hospital and affiliated clinics.
The inclusion of race in creatinine-based GFR calculations is based upon observations from the 1999 Modified Diet and Renal Disease Study, which included White (n=1304) and Black (n=197) individuals. The researchers observed that African Americans in these trials had higher GFRs on average (measured using gold standard tools like iothalamate infusion) for the same serum creatinine levels when compared to whites from other cohorts. The researchers suspected that the correlation was likely due to a higher average muscle mass in their African American participants. However, instead of including a muscle mass correction factor, they chose to use race as a proxy [Levey et al. Ann Intern Med, 1999].
Estimated GFR reporting was also updated to replace the MDRD equation with the Chronic Kidney Disease Epidemiology Collaboration (CKD-EPI) equation, which was found to be more accurate than MDRD [Levey et al. Ann Intern Med, 2009]. The equation was developed in 10 studies (8254 people) and validation in 16 studies (3896 people). Like the MDRD equation, race [black vs white and other] was used as a prediction variable, with roughly 5% of the total population noted to be Hispanic or Asian. In the CKD-EPI equation the adjustment for Black race was 1.16 as opposed to 1.21 in the MDRD study, possibly reflecting the more diverse sample.
The continued use of this correction factor is problematic for several reasons:
With the new reporting system, clinicians should consider the relative muscle mass and nutritional status of their patients rather than utilizing patient race (either clinician-estimated or self-reported) to interpret eGFR results for patients. Clinicians can consider the appearance, BMI, and exercise habits of their patients to get a general sense of their relative muscle mass, and then interpret the GFR estimates accordingly. While this method may lead to some inaccuracies, it is not any more inaccurate than a subjective assessment of a patient?s racial background, and goes far to avoid the racial bias and inequity that can result from the present-day reporting system.
There is a growing awareness in the medical community about the limitations of race-based eGFR reporting, and more and more clinicians and hospital systems are moving away from its use [Eneanya et al. JAMA, 2019]. We are proud to be part of the second hospital system in the nation (that we are aware of) to have made this change – following the Beth Israel Deaconess Medical Center in Boston.
While this is an important change, we recognize that is only just the beginning, as there are many other instances of race-based medicine in modern health care, and glaring inequities persist. If you would like to be involved in further efforts to address these challenges, please sign up here.
Compiled by: Vanessa Grubbs, Monica Hahn, Stephen Richmond, and Juliana Morris
Article published: https://www.sfexaminer.com/opinion/abolish-race-based-medicine-in-kidney-disease-and-beyond/