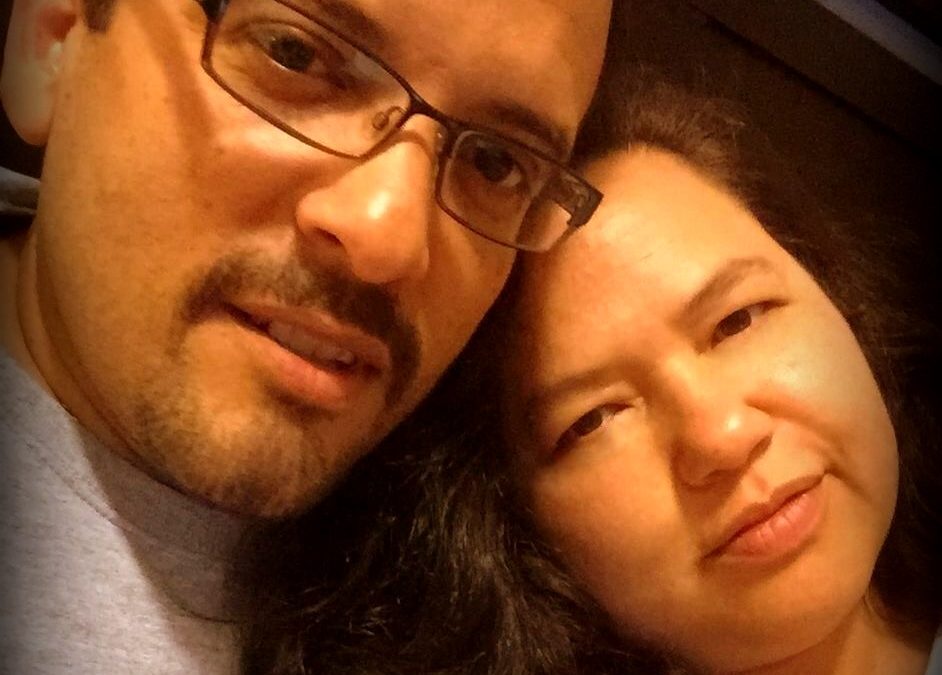 Hello! My name is Donna.? I am originally from Vietnam, but currently reside in Wichita, Kansas. I am 43 years old, have two beautiful children from a previous marriage (a soon-to-be 10 year-old girl and a 17-year-old boy), and am now engaged to the love of my life, Henry Calderon, Jr. ?We had been together off and on for seven years before finally deciding that we did not want to live without each other any longer; we have been together now constantly for almost two years.

Henry and I are a serodifferent couple, which means that one partner is HIV positive while the other is HIV negative.? In our case, my loving fianc? is HIV positive and I am HIV negative; I knew about Henry?s status before we officially decided to become a couple.? Since I had worked in the medical field for 20+ years, and had done some reports on HIV/AIDS in the past while in college, I had become somewhat knowledgeable of this disease.? The purpose of my story is to let readers know that even though some people or events in life might try to break you down, having a life full of love, hope, and joy is still possible, especially if you or your partner has been diagnosed with HIV/AIDS.

Having HIV/AIDS does not mean that it is a death sentence, like it seemed back in the late 1980?s/early 1990?s.? Nowadays, you just have to make some lifestyle adjustments, and if you take and stay on your HIV medications, you can live the normal life that you rightfully deserve.? The earlier you start treatment, the sooner you will be able to find the right medication(s) that will work best for you.? They also have medications, that are prescribed by a medical doctor, that can prevent your HIV-negative partner from getting HIV as well.? I would still recommend, however, that you still use a condom if you have intercourse with multiple partners, because although Truvada can help to prevent you or your partner from getting HIV, there is no absolute guarantee, and it does not protect you against any other sexually-transmitted diseases, such as Chlamydia, Hepatitis, or Gonorrhea. For Henry and I, even though he has been undetectable for 19 out of 23 years, the worry of him passing HIV to me was always lingering in the back of his head.? So, to give him some peace of mind, I agreed to start taking Pre-Exposure Prophylaxis (PrEP), called Truvada, last year. To this day, I remain HIV negative.

Whether it be via natural childbirth or adoption, living with HIV/AIDS should not discourage you or your partner from having a family of your own.? In fact, modern medicine has had miraculous breakthroughs that have made it possible for HIV-positive women to give birth to HIV-negative babies.? With proper treatment, HIV-positive men can also impregnate HIV-negative women as well, with the same result.? I know this because Henry and I have discussed this thoroughly with our world-renowned HIV specialist, Dr. Donna Sweet.

Throughout his whole adulthood, Henry never had any biological children, but always wanted at least one.? Since I love children and the idea of giving him one of his own, Henry and I decided last year to try to have a baby.? Unfortunately, just like some HIV negative couples, we ran into complications of infertility.? I have a lot of non-HIV related health issues, including diabetes and polycystic ovaries, that have contributed to my infertility status.? With me being 43, and Henry 50, this also adds to our problem to conceive.? Because we have been in a financial hardship, we have not been able to go any further, other than seeing an OBGYN and taking fertility pills every month.? So far, it has been unsuccessful.? We plan on giving it until the end of this year, and if the result remains the same, we will look into possibly becoming foster parents and/or adopting.? I would prefer a child conceived from our love, but I will take him or her whichever way the good Lord grants us.? There are so many orphaned children out there, or children that need proper guidance and love, and we have so much love to give.? Plus, in addition to my two children, I would like for Henry to experience all the crazy emotions that come with raising an infant.

Unfortunately, stigma still exists in today?s society.? Both Henry and I experienced this firsthand.? When I first introduced my kids to Henry, I did not want to tell them about his status yet.? I wanted to let them get to know him as a person, and not for what illness he had. My son was OK with me being with Henry, as long as he made me happy, but my daughter fell absolutely in love with him within a short amount of time.? When my ex-husband eventually found out about Henry being HIV positive, he went into a rage and tried everything he could to separate us. He even went as far as getting a court order to force me to either have my parenting visitations with my children (without Henry) at a court-ordered facility (paid by me) or to have them taken away from me altogether. As long as I decided to be with Henry, I was not allowed to spend time with my children like I used to be able to. My health problems progressed to the point that I was no longer able to work, and because Henry and I could not come up with the astronomical amount of money for me to be able to see them for the time that I was allowed, I had to go for three weeks straight without seeing, holding, or hugging my precious babies. My children (and Henry) are the reason I breathe, and not being able to tell them how much we loved them broke my heart so much that I went into a deep depression. I lost 20 pounds during the three weeks without them. I was only allowed to speak to my son and daughter once via telephone during this three-week period. My daughter was crying profusely. I still remember listening to her trying to catch her breath, in between her immense sobbing, to tell me that her father had told her that Henry was ?sick? and that she and her brother could not see me anymore, as long as Henry and I were still together; she was only eight years old at the time.

Long story short, I filed a ?Motion for Reconsideration? with the judge to reverse the ruling, and thanks to one of the most awesome law firms in town (Brad Ward with O?Hara & O?Hara) that took our case pro bono, we were finally able to have everything reversed back to normal. With my immediate family, it took some time for some of my family members to accept Henry as part of the family. My biggest supporter during that time was my niece, who was only 15 then. Without her, Henry, and God, to give me the love and support that I desperately needed, things could have ended up worse than it already had. On the first day that I was finally able to bring the children back home, I discovered that my ex had managed to brainwash my son, telling him that it was my fault that all of this happened; he was 15 at the time. I eventually got my son to understand my side of the story, but it took him four months before he started telling me that he loved me again. My daughter was very excited to be able to spend time with her mom and future step-dad again, but my ex had told her prior to me picking them up that she was not allowed to give Henry kisses on the cheek or hug him, amongst other normal things. After sitting down with her, and educating her about HIV/AIDS (using information from the CDC), she instantly felt relieved, and immediately gave Henry a hug and kiss on the cheek. Things have gotten much better between me, Henry, and the kids now. Sadly, however, my ex is still trying to stigmatize them, but now that they are older, especially my daughter, they are finally starting to see the error of their father?s ways. 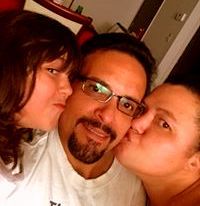 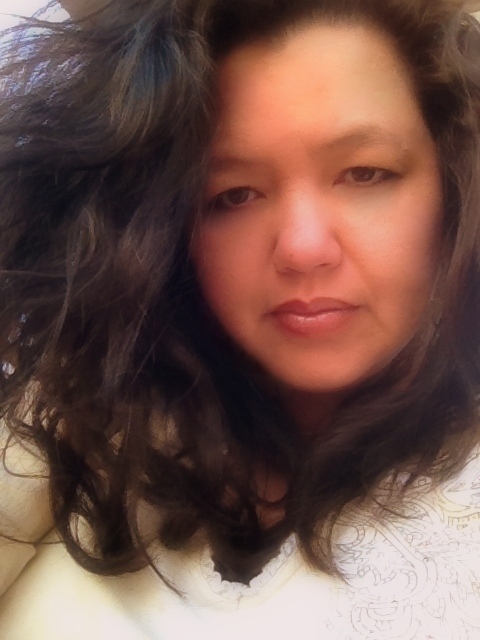 Donna lives in Wichita, Kansas, with her fianc?, Henry, and her children.