Around the World: Finding Hope 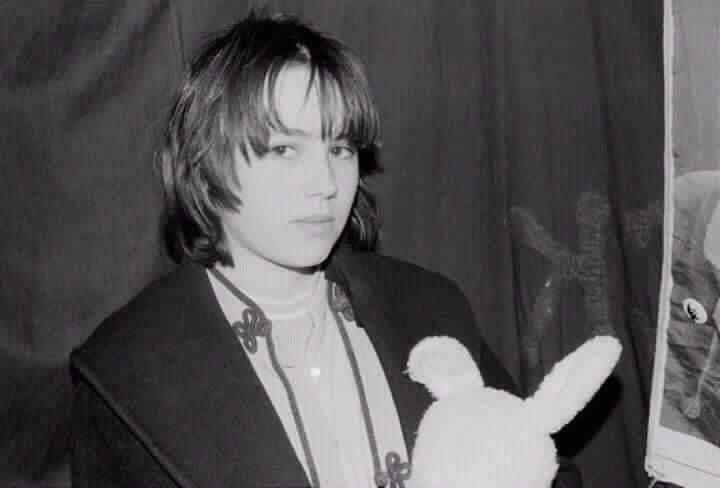 When I was 25, I went to Japan. That was 1981. A friend of mine had an agent who was recruiting people to work in nightclubs and topless bars, doing sex acts. She got me a contract to work over there for two months. We received two-way tickets to Japan, and $600 a week in cash.

When I was at home in the U.S., I hung out in clubs all the time, I was friends with Blondie and The Talking Heads when I was living in New York. I had a lot of fun years, but they weren?t really productive.

When I came home, I started doing heroin again. I met a dealer who was from Syria. His whole family was smuggling heroin from Lebanon into the U.S. I ended up marrying him. From there, I started traveling to the Middle East. I spent about eight years just traveling back and forth, from San Francisco, to Turkey, Syria, Lebanon, and Spain.

My husband ended up getting busted, and then deported. I lost contact with him after I came back to the U.S. with my daughter who was born in Lebanon. The police were looking for his brother for a murder case, so we just lost contact with each other because of all the interference with the police. It was good that we lost contact.

My son stayed in the Middle East with his father, and I had my daughter with me. My son just finally made it back here to the U.S. about five years ago.

After my husband was deported, I ended up being a sex worker for many years. I ended up in prison, and I went back four times. I got off paper [off parole] in 2000. I got arrested for carjacking, assault with a deadly weapon, right before I found out I had HIV. I was raised in reform school; I was a ward of the state since I was 12 years-old, so I never learned how to drive. Fortunately, the charges were dropped, because I was caught in the driver?s seat, but I wasn?t driving because I didn?t know how.

When I was diagnosed with HIV, I felt, in a way, kind of relieved, because I knew that I had to make major decisions in my life that I?d been really cowardly about prior to my diagnosis. I realized that I could either live or die.? I decided that I could become a person who made doctors? appointments and followed through with commitments to take care of my health.

I went and got on methadone, and I haven?t used since. I have a primary care doctor; I go to Ward 86. I became really diligent with keeping records of all my doctors? appointments, what was going on with my health. I have a medical binder, I keep my lab results in it, my diagnosis letter, everything I do for my health, I keep records of it. I went through 12 weeks of Harvoni, and I got rid of my Hep C.

It was a wakeup call for me: getting diagnosed with HIV really helped me start living again. Before, I wasn?t really living, I was just numbed out all the time from heroin and morphine. I was an in-home care worker, but I was not happy. I wasn?t doing anything except existing, and taking care of this man who was very abusive. I feel like I got my life back when I got diagnosed. I was diagnosed two years ago, and my life is totally different now.

October 10th 2016 was my two-year anniversary of being sober, and October 11th was my actual birthday.

In the last 10 years, I?ve been reunited with three of my kids. Two of my kids are really supportive of me, and they are very forgiving of me for not being there. I never really experienced being a mother past two years. Now, I?m working on forming relationships with them. It?s bittersweet, because I missed out on so much of their growing up. But the fact that they reached out to me, and really want me to be part of their lives, it really means a lot to me.

When I started going to Ward 86, Becca Schwartz [social worker] asked me if I?d be interested in going to this thing called CAB [Community Advisory Board]. She thought I?d be interested because I?d told her that I wanted to advocate at Ward 86, so she set me up with Chris Harris [who runs the CAB]. Chris told me that the CAB was a venue I could use to express my ideas for Ward 86.

I started cooking, about once a month, for the other women on the CAB. I?d bring shortbread biscuits, honey, and whipped cream. Or I?d make chicken curry, and bring that to give away to the women. I went to Trader Joe?s and got them to donate food. I got binders for everyone to use like I do, to keep track of their medical records.

What I did in the past was fun, and crazy and wild, but what?s important to me these days is what I do with my future, and to be able to reach out to women who are like how I was, when I couldn?t follow through on appointments, or anything else, who don?t know how to keep records. I love taking people to the dental school to get new teeth, which is a real life-changing event. So many people have trouble navigating these types of things.

I?ve been helping other women like me to navigate those services, to stop them from being thwarted by the medical language, or the appointments. I help them to be able to get things done for themselves, and know that they can do this. I know that if I can do this, anyone can do this, sometimes they just need someone to hold their hand and get them through the door.

I take my recovery one day at a time, my mother recently died, and my friend jumped off the Bay Bridge. With a lot of things that are really traumatic and hurtful, my reaction before would have been to use, but instead I remind myself that getting high isn?t going to bring anyone back from the dead, all it would do is set me back and make me feel bad. Instead of getting high, I write. I go look at art. I have people I talk to. I have a therapist. Those are the tools in my toolbox.

I used to think that life without heroin was no life at all. All my time was spent making sure I had money and dope. I wouldn?t go to bed without a wakeup [drugs for the morning]. Now, I can go to the symphony, or a revival of the Rocky Horror Picture Show. I can go spend time at the Academy of Science in Golden Gate Park. Those things are really interesting to me, and now I can do them, because I?m sober and living a better life. 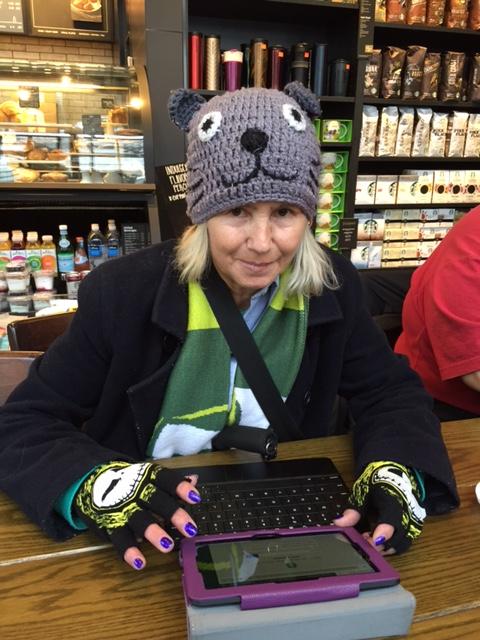 Damita Pearson lives in San Francisco, but plans to move to Portland. She loves her children and being active in her community.