Proud to Be on PrEP 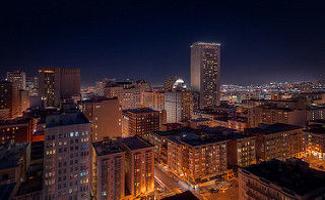 I?ve been on PrEP for 6 months now. Oddly enough, it started as a field test of sorts. I work as the PrEP Case Manager at Asian & Pacific Islander Wellness Center. What better way to advocate and help my clients than to go through the process myself? If it weren?t for this, I don?t know if I would ever actually get on PrEP. Now, I know it was truly a blessing in disguise.

I?m 23, Thai, and non-binary (that is, identify outside the male/female gender binary). Finding community was difficult. Fresh out of school and in a new city where I hardly knew anyone, any bit of connection was worthwhile. I grew up largely in El Paso, Texas. If you want to get a feel of what the demographic there was, I was one of four Asian students in a high school of 3,000. Being fetishized was such a norm there. I felt so alien, yet exoticized. I was small. I was cute. I was adorable and meek and submissive. I was told I was everything a model minority should be. I should be honored if anyone wanted to have sex with me. This meant condoms were not my choice to make, I don?t have any room to compromise.

Moving to San Francisco was a huge culture shock for me. Diversity was all around! Seeing other Asian folk casually walking around when it wasn?t a festival or culture club or temple was both refreshing and foreign. I felt more comfortable here, but the internalized lack of self-worth remained. There is much more sex happening in San Francisco than in Texas, but my feelings about it remained the same. San Francisco is definitely a progressive city, but racism will be real wherever you go. There were still the ?I love cute little Asian boys? types, and they tended to learn towards the stubborn and aggressive side. It was scary to say the least.

My work focuses on young queer men of color and trans women. As our agency has a strong connection with queer Asian & Pacific Islander men already (especially through our aptly named The Connection), it seemed like the easiest starting point. What I found was that so many shared the same sentiments, fears, and frustrations that I did about navigating sex. Especially with younger folk, there was an acceptance with being objectified, because what else was there?

Speaking as a PrEP advocate for this community was strange as well. I felt like I was back in Texas, as the only Asian person on PrEP and talking about it in a sea of white media representation. I felt a strong sense of purpose and need in the work I was doing. I continue to work with education, access, and advocacy of PrEP for marginalized folks.

I eventually met a serodifferent couple through some outreach efforts, where the one that is HIV negative was on PrEP, and they explained how much it meant for their relationship as well. The three of us eventually decide to have sex and for me, this was a big thing. I?d never knowingly had sex with someone that was living with HIV. But they were so enthusiastic about my work with PrEP, and I?ve done all the research, know all the facts and studies, and had been on it for about 2 months then. It was a warm and beautiful night with them, and it was a sort of intimacy the person living with HIV tells me they don?t get often with others. He said it was special. I think so, too.

That moment, that whole night really, wouldn?t have happened if I wasn?t on PrEP, and it?s largely why I continue to be on it. It?s been an amazing and eye-opening time at Asian & Pacific Islander Wellness Center working with Asian & Pacific Islanders, a community I identify with but couldn?t find for the longest time, and the community of people living with HIV, people who I used to pass over on dating apps like Grindr subconsciously, but now know better. Oppression is still very real, marginalization still exists, and HIV is still stigmatized. I know PrEP is a way of working to fight stigmatization, and protect ourselves within the confines of the institutional powers that exist against us.

I am proud to be on PrEP. 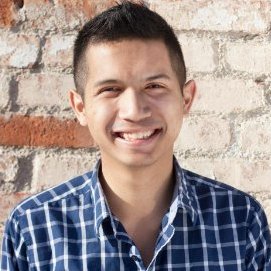