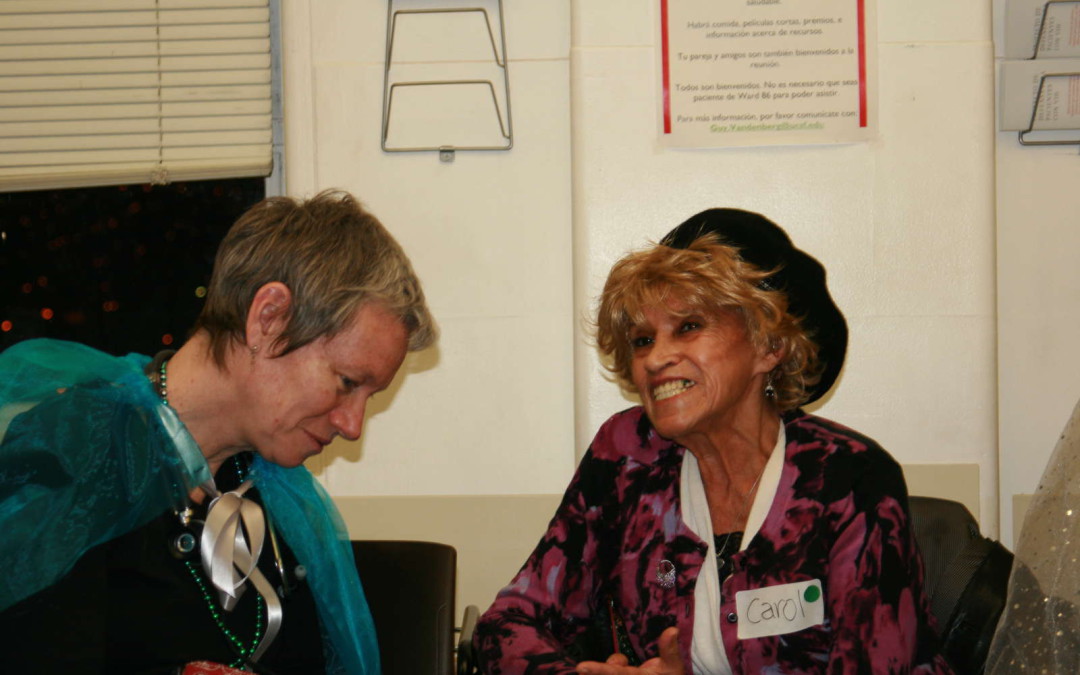 The first ?Positive Connections Mixer? was held on January 30th, 2014 in the Ward 86 HIV Clinic at San Francisco General Hospital (SFGH), a huge success. The event was sponsored by PRO Men (Positive Reproductive Outcomes for Men), an initiative of the Bay Area Perinatal AIDS Center (BAPAC) aiming to integrate men?s reproductive and sexual health into the primary care setting. This event was dreamed up during the previous month?s PRO Men support group as a way to bring together people living with HIV to meet others and learn more about having the sex life you want and the family you want. A variety of clinics and providers also attended to share resources and information.

Two new PRO Men videos, one on adherence and another on disclosure, debuted at the Mixer. ?In the short film I learned about reproductive rights and about having a baby when you have HIV and all the support there is around that.?, said Cindy Sanchez.

An unexpected outcome of the Mixer was providers also learning from one another. Marcelle Million, a recruiter for BridgeHIV PrEP research projects explains, ?I came to give out information about current research with PrEP. I learned about contraception and that serodifferent couples are able to conceive a baby.? Dr. Robert Grant , who attended the event to talk about pre-exposure prophylaxis (PrEP) explained, ?I learned more about HIV and contraception.?

Dr. Mina Matin, Medical Director of the Family HIV Clinic at SFGH, came to the event to teach about her clinic?s new centering program for HIV-affected families. She says ,?I learned there is a lot of good work people are doing with their patients and patients are a primary resource for each other for issues that matter the most.??
One of the PRO Men group attendees, Zutty, explains, ?I was in the first PRO Men meeting held one year ago at Ward 86. I went to the meeting to learn about HIV+ men having sex with HIV- women. I came tonight to show support for HIV+ people.? ?Another PRO Men group attendee, who asked not to be identified, on attending the PRO Men support group, ?For the first time since my HIV diagnosis, I don?t feel alone.?

Sheldon Kilpack is a student at Lick-Wilmerding High School, bringing a youth perspective on PrEP implementation to HIVE and PleasePrEPMe.org. He loves his mom (Shannon Weber/HIVE director) not just because he has learned all about HIV and sexual health. Sheldon is a maker and wry observer of the obvious.